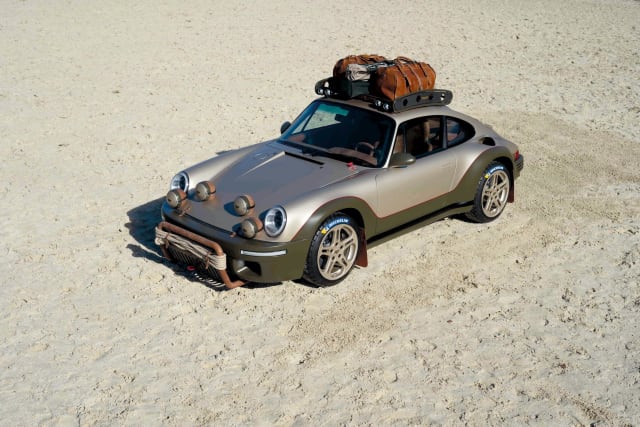 While it might look like a classic 911, RUF is technically a manufacturer in its own right, selling heavily modified Porsches as distinct models.

The company hasn’t given much away about the Rodeo Concept, though it is clearly inspired by the Porsche 911 Safari trend, which sees the classic sports car given raised suspension and off-road tyres like the firm’s old rally cars.

What we do know about the RUF Rodeo Concept, though, is that it features the firm’s carbon-fibre monocoque chassis, which is also fitted to the firm’s CTR Anniversary and SCR models.

It also has four-wheel drive, raised suspension and larger all-terrain tyres to help it cope off the beaten track. It can be optioned with the firm’s naturally aspirated engine or turbocharged flat-six-cylinder unit.

Estonia Ruf, marketing director of RUF Automobile, said: “When we began building our own automobiles it was all for the thrill of the drive.

“The Rodeo Concept combines that passion for cars with the love of western culture – an appreciation I found while studying in Oklahoma, USA. This car is inspired by some of our favourite people and our love for the countryside.”