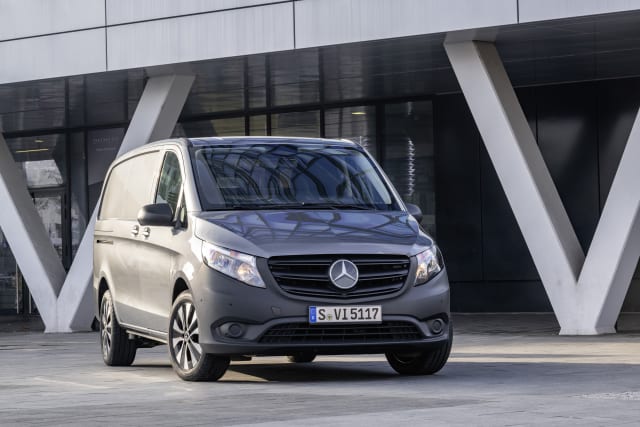 Mercedes-Benz has revealed an updated version of its Vito van, with a new diesel engine and an improved all-electric option.

This newly facelifted model is available with a 2.0-litre diesel engine with a variety of power outputs, from 136bhp to 190bhp, each available with a nine-speed automatic transmission. The firm says the updated engine is more efficient and less polluting than its predecessor, as well as being smoother and quieter in the cabin.

An entry-level 1.6-litre unit is also available, which trades off performance for improved fuel economy.

A new eVito has also been introduced, only available in the people-carrying Tourer specification, with a massively improved range over the previous model. Its 100kW battery promises up to 260 miles of all-electric range and can be charged to 80 per cent in under 45 minutes at a 110kW fast charger.

The Vito is the only van in its class to be offered in three different lengths, two different wheelbases, and both front- and rear-wheel drive. It has a payload of 1,369kg and has a variety of customisation options, such as a wooden floor, rail system for load anchoring, and interior panelling.

Are these the best rallying supercars of all time?