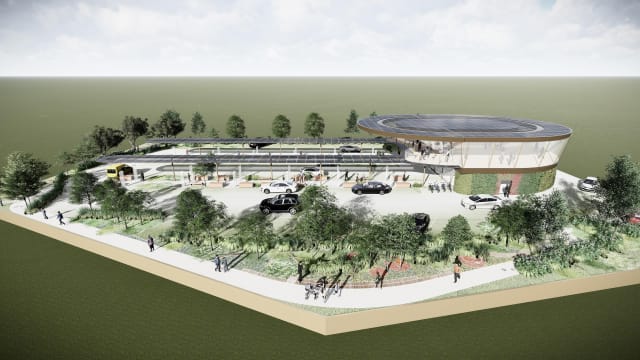 Construction has begun at the first of over 100 electric vehicle charging hubs that its maker hopes will play a key role in taking EVs into the mainstream.

Built by sustainable energy providers Gridserve, these ‘Electric Forecourts’ will be designed to act like traditional petrol stations by offering on-site facilities such as coffee shops, small supermarkets and an ‘airport-style lounge’ with high-speed internet.

The first facility is being built in Braintree, Essex and is planned to be completed by the summer. It will have space for 24 vehicles to charge at once at speeds of up to 350kW. These fast chargers have been fitted to future-proof the sites, with the Porsche Taycan the only car on sale today that can currently charge at such speeds.

To meet carbon emission targets, Gridserve says the forecourts will be powered by solar energy and battery storage projects, which will also help to keep charging costs low. The location will have separate areas for private owners as well as commercial vehicles such as buses and taxis.

Speaking last year when planning application was first submitted for the site, Gridserve CEO Toddington Harper said: “A large number of affordable EVs are coming to market, and we’re about to see a steep growth curve in EV adoption.