First Drive: Is the Porsche Macan Turbo the ultimate SUV for driving enthusiasts? 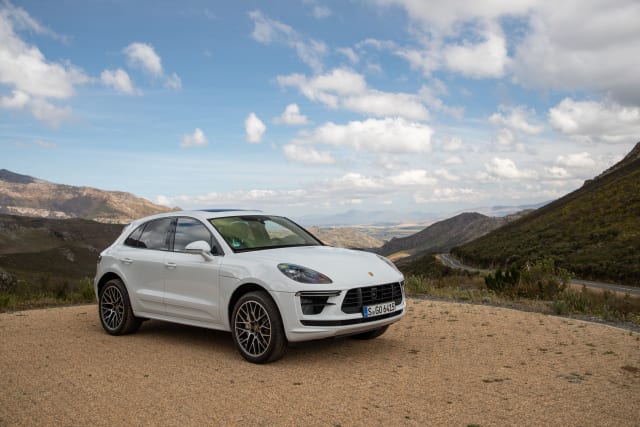 While many car enthusiasts like to think of Porsche as purely a sports car maker, it’s easy to forget that the real meat of the firm’s sales actually come from SUVs, with the Macan being hugely popular among those who want the looks and practicality of a 4×4 but only for use on the school run.

Today we’re testing the Turbo, which was a late addition to the facelifted Macan and sits at the very top of the range with more power and more equipment. We already know this SUV is one of the best drivers’ cars in the segment, so was this flagship version worth the wait?

This latest Turbo model was introduced as part of the Macan facelift, so it’s perhaps surprising to see it given a fairly comprehensive upgrade instead of the usual minor tweaks. For example, on the performance front there’s a newly downsized engine, the chassis has been overhauled and it gets upgraded brakes as standard.

There are also a few styling tweaks to make it stand out from the rest of the range, a new touchscreen infotainment system inside, and improved driver assistance and comfort technology. Compared with its predecessor, then, the Macan Turbo should be a better driver and nicer to be in.

This being a performance variant, the headline news has to be the new engine. The dreaded word downsizing rears its ugly head, because the old 3.6-litre V6 has been replaced with a 2.9-litre unit. Porsche has compensated for this by increasing power 39bhp to 434bhp, which results in a 0-60mph time of 4.3 seconds and top speed of 167mph – deeply impressive figures for an SUV.

Despite being Porsche’s baby SUV in comparison to the larger Cayenne, the Macan does feel heavy on the road, meaning the engine’s performance is numbed somewhat. That being said, rotate the wheel-mounted driving mode dial to sport or Sport Plus to make the car super-alert, push the accelerator pedal, and the Turbo really picks up and goes. It’s not whip crack fast, but it’ll leave dawdling commuters in its dust without breaking a sweat.

Performance versions of mainstream models such as this tend to find their appeal in their ability to switch character, and it’s here that the Macan Turbo really does excel. Keep it in its normal mode, and it settles into everyday life brilliantly, being a quiet and comfortable companion whether you’re pootling around town or cruising down the motorway. Perhaps the only complaint is the gearbox, which can be sluggish to wake up to inputs at slower speeds

However, switch it to one of its sportier modes and it comes more alive. With the engine response improved and the gearbox suddenly awake to your needs, the Macan Turbo can satisfy your go-faster kicks with ease. It’s at its best accepting hard throttle inputs on wide open carriageways rather than carving up a winding road, where its weight is definitely noticeable in the corners, though.

The Macan is a handsome small SUV, though its best angle is definitely the rear end. The Turbo benefits from the smart light bar that tracks the full width of the car and is incorporated into the taillights, while specific to the Turbo model is a prominent roof spoiler and a rear diffuser built into the bumper.

The front end is less elegant, with a whopping great grille flanked by large air intakes and the softly curved headlights somewhat at odds with the sharp rear and edgy alloy wheel design. Its appearance is also very colour-dependant, with our off-white ‘Crayon’ car with chunky black wheels actually looking rather understated, but you can go completely the other way and opt for Kermit green, if you’d prefer.

As you might expect from a Porsche, the interior is a lovely place to sit as you eat through miles. The Macan’s cabin can feel like quite a dark place to be, so we’d recommend going for a lighter upholstery shade if possible, but otherwise all of the materials are top quality and it’s decently spacious.

The key upgrade is the large 10.9-inch touchscreen that’s in the centre console. It’s full HD and the result is one of the highest quality navigation screens on the market, while the touch sensitivity is fantastic and means you can quickly move between screens. There is an odd juxtaposition though, because while the touchscreen is a gorgeous centerpiece, there’s a frankly astonishing number of buttons below it, something that detracts from the modernity of the cabin.

Unsurprisingly for a premium car manufacturer, it’s easy to go mad with the options list, and that’s exactly what happened with our test car. The Turbo starts at £68,530, but ours had almost £18,000-worth of extras, such as the Crayon paint job for £1,676, a black leather interior for £1,154, self-levelling air suspension for £1,044, 21-inch Sport Classic wheels for £1,482 and LED main headlights, which are ludicrously effective, for £618.

The Porsche Macan Turbo has a lot going for it. It’s handsome (from most angles) and manages to be fast and fun to drive despite suffering from downsizing. It sounds great when you’re pushing it and , although it’s no go kart, it’s still rewarding in corners. Then, when you need it to calm down, it’s a relaxing companion, even if the gearbox can fall asleep at times.

Perhaps the only major complaint is the price. As is typical of a Porsche you can easily spend five figures in options, with our car’s £86k price tag proving that. For a mid-sized SUV that’s frankly ridiculous, but for well-heeled buyers who demand badge appeal it might not be an issue.