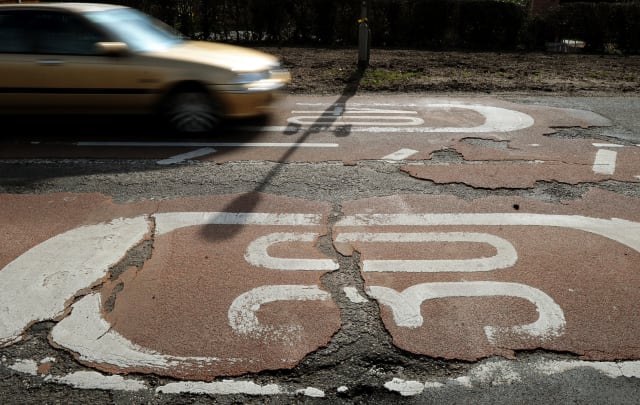 More than half of motorists have backed calls for 2p from every litre of petrol and diesel to be reserved for local road repairs without an increase in existing fuel duty rates.

Ahead of the Chancellor’s Budget announcement on Wednesday, 59 per cent of 3,200 drivers surveyed by motoring services firm RAC agreed with this proposal.

Nicholas Lyes, RAC head of policy, said: “What the Government decides to do with fuel duty is always the subject of much speculation before each Budget, and this year is no exception. But the Chancellor might be interested to discover that more than twice the proportion of drivers want to see it kept at its current level compared to those who want to see it cut, so long as he commits to ring-fencing fuel duty to fix the country’s local roads.

“The maintenance of England’s ‘strategic’ roads – motorways and major A-roads – has guaranteed investment in the form of the National Roads Fund, where part of the funds raised through vehicle excise duty are ringfenced.

“But we’ve said consistently that no such system exists to help better maintain the thousands of miles of roads under local authority control, which isn’t right given the importance of these roads.”

An introduction of more financial incentives to switch to electric cars have also been supported by those quizzed by RAC. If further funds to make EVs more affordable were introduced, 41 per cent said they would be more interested in them.