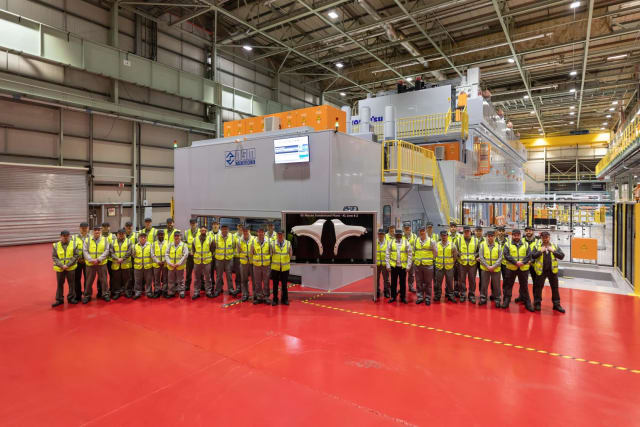 Nissan has invested £400m in its Sunderland plant ahead of the arrival of its third-generation Qashqai.

Some £52m has gone on the installation of a new extra-large metal press, which will be used to create panels for a variety of Nissan vehicles – primarily the new Qashqai.

Weighing more than 2,000 tonnes, the press can exert 5,400 tonnes of pressure and is capable of producing 6.1 million panels a year. It took 18 months to install and incorporates a recycling system that can segregate and process scrap metal.

Ashwani Gupta, Nissan chief operating officer, said: “When the first Nissan Qashqai rolled off the line in Sunderland in 2006 it created the crossover segment.

“Designed, engineered and made in the UK, and more than three million vehicles later, it remains the benchmark, just as our team in the UK continues to set the standard for productivity and quality.”

The news follows a series of setbacks for the Sunderplant, including the decision to move production of the next-generation X-Trail to Japan – despite the firm having previously given assurances that the model would be built on Wearside – and an announcement heralding the end of the night shift.

The first panel produced by the press was a wing for the Nissan Juke, which is currently in its second generation. In celebration of the event, the entire team behind the press signed the panel.

This latest round of investment follows an additional £100m expenditure on Juke production and is part of a total £1bn package for the factory over a five-year period. Nissan’s investment in the plant has been supported by the government’s Department for Business, Energy and Industrial Strategy.

Steve Marsh, vice-president of manufacturing operations at Nissan’s Sunderland plant, said: “Watching the first perfect panels coming off the press was a proud moment and is a reflection of the tremendous skills we have here on Wearside.

“Juke is an iconic model. I know I speak for the whole plant in saying how proud we are to see the fantastic new version out on the roads, and that we are determined to keep delivering it to the quality levels our customers have come to expect.”