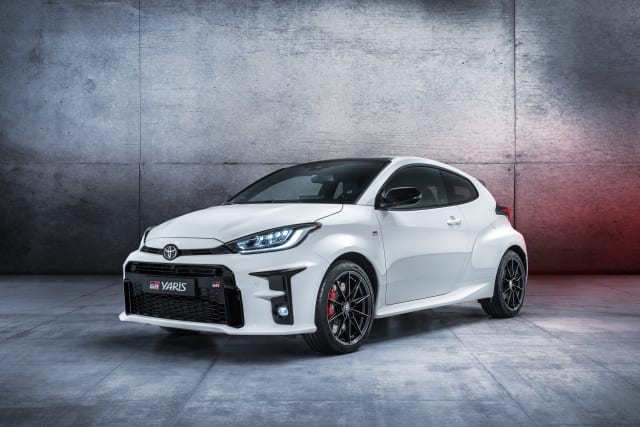 Priced from £29,995, the GR Yaris has been developed by Toyota Gazoo Racing and uses experience from the firm’s involvement in the World Rally Championship.

Powered by a 1.6-litre three-cylinder turbocharged engine with 257bhp, it returns a claimed 0-60mph of under 5.5 seconds. It also features an all-wheel-drive system, which, when coupled with the car’s lightweight construction, should mean that it delivers excellent handling both on the road and on-track too.

Power is sent to the wheels through a six-speed gearbox, while motorsport features such as multi-oil jet piston cooling, large-diameter exhaust valves and a part-machined intake port have been incorporated into the car’s design to boost its performance.

Circuit Pack cars also benefit from a Torsen limited-slip differential on both the front and rear axle, as well as performance-tuned suspension and 18-inch forged alloy wheels.

With a roof lowered by 91mm compared to the standard Yaris, the GR version aims to be a sleeker, more driver-focused variant sitting atop the range.

Further specifications are due to be announced later, but those who are interested in becoming one of the first UK owners of the GR Yaris can sign up to Toyota’s ‘keep me informed’ service prior to order books opening later in the year. It’s expected that the first customer deliveries will start from November 2020.