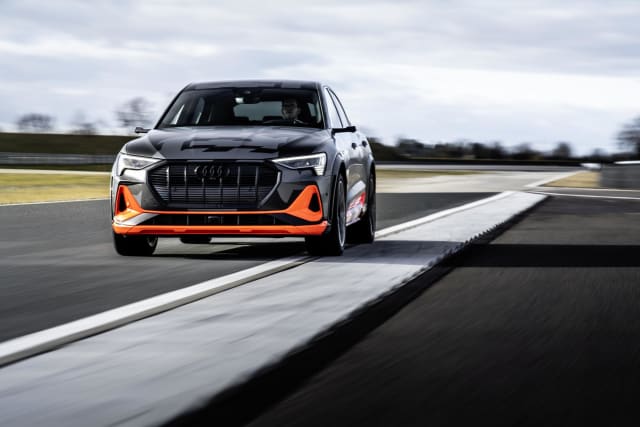 Audi has revealed that it will be introducing more powerful versions of its e-tron and e-tron Sportback models in the form of S models.

The regular e-tron’s two-motor setup has been increased to three, with one powerful motor located on the front axle helped by two additional motors at the rear. Combined, they produce 496bhp and 973Nm of torque when at full boost during eight-second periods when the driver pushes the accelerator past a certain point. During normal driving, the combined output of the motors is 429bhp and 808Nm.

The S models are able to access 91 per cent of on-board battery power, compared with 88 per cent on the standard car. Though Audi hasn’t released official figures on range, it’s likely that the added weight of the additional motor will have a slight affect on how far that car can go on a single charge. The regular e-Tron offers a range of between 209 and 280 miles depending on model.

It also receives brake-based torque vectoring technology and larger six-pot brake calipers. The discs themselves have also been beefed-up to give better performance. A regenerative braking system is incorporated too, with the system capable of capturing up to 270kW of energy in a regeneration-only stop from 62mph.

Though Audi is calling these new cars drive ‘concepts’, there’s a strong chance that they will enter production. However, no official release date for the cars has been revealed.