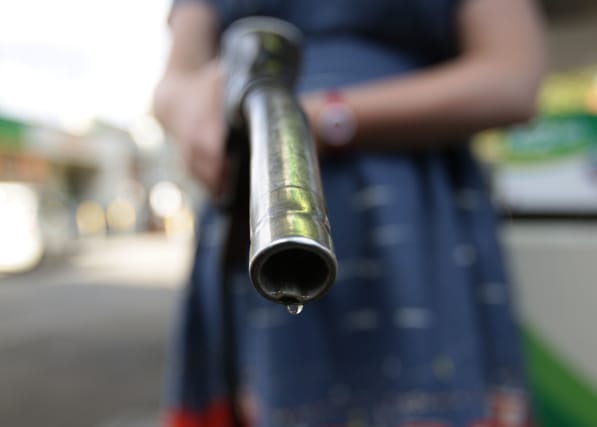 A cleaner form of petrol is set to be available at all UK filling stations from next year under Government plans to cut carbon emissions.

E10 petrol, which is made with up to 10% bioethanol – a type of renewable fuel – will be the standard offering at forecourts under the proposals.

This has the potential to cut CO2 emissions from transport by 750,000 tonnes a year, which is equivalent to taking around 350,000 cars off the road, the Department for Transport (DfT) said.

Regular petrol currently sold in the UK is E5, containing up to 5% bioethanol.

A consultation document published by the DfT states that E10 should replace E5 at all filling stations, while those forecourts offering more expensive super grade petrol would substitute this for E5.

This would be accompanied by a “comprehensive communications campaign” and an online compatibility checker tool.

The majority of vehicles in use today are approved to be fuelled with E10, but some older vehicles are not.

Labels have already been introduced at petrol stations to show drivers the biofuel content of each pump.

Transport Secretary Grant Shapps said the introduction of E10 would be the latest in a series of steps to help the UK move towards “a net-zero future”.

The next 15 years will be “absolutely crucial for slashing emissions from our roads”, he claimed.

“But before electric cars become the norm, we want to take advantage of reduced CO2 emissions today.

“This small switch to petrol containing bioethanol at 10% will help drivers across the country reduce the environmental impact of every journey.

“Overall this could equate to about 350,000 cars being taken off our roads entirely.”

AA president Edmund King said: “We support the introduction of E10 petrol as it will radically help to cut carbon and greenhouse gas emissions.

“The E5 labels introduced in September are very clear but drivers will need to be reminded that E10 will be the norm for the majority of vehicles.

“However, one tankful of E10 mistakenly put into in an older E5 car should not cause problems.”

E10 is widely available across much of the European Union and other countries, including the US and Australia.

Steve Gooding, director of motoring research charity the RAC Foundation, said that, while some of the UK’s incompatible cars are historic vehicles doing a few miles a year, many are “older, everyday run-arounds owned by those on lower incomes”.

He added: “Saying that E5 will still be available is all well and good but not every fuel station will have tanks to dispense it from, and, where it is available, it is likely to cost more than today which could be an issue for the cost-conscious owners of older cars used to filling up at their local supermarket.

“The introduction of E10 in other countries has been marred by the absence of a comprehensive and trustworthy look-up table for drivers to check whether their vehicle is compatible with the new fuel or not, so it is encouraging to see ministers’ commitment to such a tool to accompany the introduction of E10 here.”