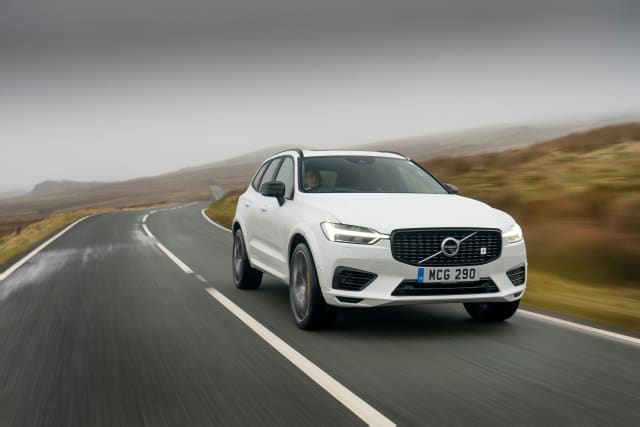 The rise in the popularity of SUVs has caused a spike of interest in another segment – the performance SUV. Buyers wanting more punch from their high-riding four-wheel-drive are better catered for than ever before, with cars from the likes of BMW, Mercedes and Audi all populating the market. Now, Volvo wants to get in on the action with this – the XC60 T8 Polestar Engineered.

We’ve already driven the Polestar-fettled V60 estate, so how will the package translate on a much larger platform? We’ve been behind the wheel to find out.

This Polestar Engineered XC60 uses Volvo’s T8 powertrain, which sees a petrol and electric setup combined under the bonnet. But there’s far more going on here than just an electrified setup, with adjustable Ohlins dampers applied to all four corners and big Brembo brakes sitting behind each wheel just two of a series of performance features fitted.

The exterior has been given a slight tweak too – in typically Scandinavian minimalist fashion – while the interior gets a few added performance-orientated bells and whistles too. It’s a good job that there are plenty of extras, as the XC60 Polestar Engineered weighs in at a hefty £64,545.

The XC60 combines a 2.0-litre turbocharged and supercharged petrol engine with an electric motor and batteries. Combined, the setup produces 409bhp and 430Nm of torque, resulting in a 0-60mph time of 5.1 seconds and a 140mph top speed.

The combustion engine powers the front wheels, while the electric motor drives the rears. Volvo claims that the T8 should be able to drive around 25 miles on electric power alone, after which you’ll be left with petrol propulsion. Economy claims are up to 88mpg combined while emissions are impressively low at 56g/km CO2. It’s a plug-in powertrain too, which means you should see an empty battery replenished in around five hours via a conventional three-pin plug, with full charge costing around £1.32 on average.

This setup does mean that once the batteries have been drained, the XC60 effectively resorts to being solely front-wheel-drive.

The standard XC60 is a very good car to drive, offering a good balance of comfort and involvement. The Polestar Engineered version certainly goes against the former, with the firmer ride coming courtesy of those Ohlins adjustable dampers giving a distinct edge to the way the car deals with lumps and bumps. The by-product of this, of course, is reduced body roll which makes this T8 more adept in the corners than other cars in the line-up.

The performance is there though, that’s for sure. The instant torque delivered by the electric motor means that pick up is almost instant, and with full batteries, there’s a lot of power on tap under your right foot. Then, when you want to bring things to a slow, the Brembo brakes provide an excellent amount of braking force – they’re one of the stars of the show, in fact.

Volvo has certainly beefed-up the XC60’s looks with this Polestar Engineered version. The most striking aspects are the larger wheels – available in either 21- or 22-inches – which sit in front of prominent gold-coloured brake calipers. It’s not the most comprehensive redesigns, mind you, and a passing glance would lead you to believe that this was very much a standard XC60 with some added trinkets. The suspension setup does lead to a slightly more aggressive stance though.

The grille has been redesigned too, and the lower air intakes are a touch wider than they are on the standard car. It’s a look which epitomises undercover performance which isn’t all that surprising – it’s something Volvo has executed very well on several occasion throughout the years.

That understated theme continues inside. The nine-inch central touchscreen dominates proceedings, but it’s flanked by plenty of metal trim pieces and leather accents. Overall the forward area feels comfortable and well-built, while the sport seats provide plenty of support. There’s a good amount of visibility out of the front, too.

Those in the back are well-catered for too. There’s plenty of legroom and headroom, and the rear of the cabin is similarly well-trimmed as the front. At 505 litres, there’s more than enough boot space for most occasions, and it can be extended by folding the rear seats down. It’s a nice square loading area too with little intrusion, so it’s a great space for larger, bulky items.

A full Harmon Kardon sound system is fitted too – this is a truly excellent speaker set – and a panoramic sunroof which helps to keep the cabin feeling light and airy. The front seats are heated, as is the steering wheel, and since the T8 is a plug-in, it can be pre-conditioned via a smartphone app so that it’s just the right temperature prior to you jumping in.

The XC60 T8 Polestar Engineered is a well-rounded offering for those people who want a little more go from their Volvo SUV, without too much of the show. Expensive it may be, but thanks to its kit-laden nature it’s better value-for-money than its headline figures might suggest.

It might not be as involving as rivals it’s pitched against, but for everyday driving, it’s more than competent enough. The mechanical upgrades onboard only help to strengthen its appeal, too.

Coronavirus: Can I cancel my car finance or insurance?