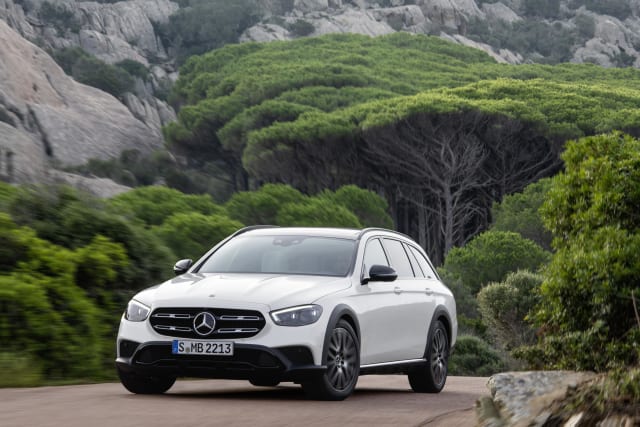 Mercedes-Benz has revealed its new E-Class, which has received a facelift for 2020.

The front end of the car has been made softer in appearance than the outgoing E-Class, with reshaped lights sitting either side of a newly-designed grille. LED units now come as standard, with more powerful ‘Multibeam’ units available as an optional extra, too.

Meanwhile, around the back the taillights have been sharpened – and now look more like those fitted to the smaller A-Class saloon – and there are new alloy wheel designs to choose from as well.

Inside, the fundamentals remain much the same; a large twin-screen setup dominates the cabin, with two 12.3-inch screens (on high-specification models) appearing to meet in the middle as one solid piece of glass. Entry trims get two 10.25-inch screens instead.

One of the greatest changes in terms of the cabin is the steering wheel, which receives a split-three spoke design with touch-sensitive buttons.

The new E-Class also benefits from a wide variety of driver-assist systems, including Active Speed Limit Assist – which can adapt the car’s speed depending on traffic signs, bends and upcoming junctions. It can even use online traffic data to find out when the car is approaching a jam, and slow the vehicle accordingly.

Plug-in hybrid models are now available across the E-Class range, which petrol and diesel powertrains can be had with either rear- or four-wheel-drive on saloon and estate models.

A newly-tweaked E53 arrives with 429bhp and 520Nm thanks to a six-cylinder petrol engine with mild-hybrid technology.

Prices for the new E-Class are yet to be confirmed, but we expect them to be released closer to first deliveries commencing this summer.