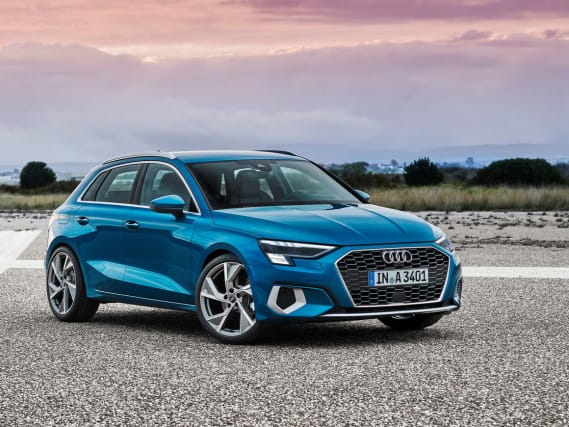 Audi has revealed the updated version of its popular A3 hatchback, which now sports a sharper, more angular look and much-improved technology.

While the shape is familiar, the details of its styling are vastly different, particularly at the front end where the headlights and side intakes in particular have been given a more aggressive appearance.

Along the side of the car is a sharp crease that makes the wheel arches look wider, while the rear lights are now narrower and the lower bumper is more streamlined.

Inside, the technology has been hugely improved over the now-dated outgoing model. There’s a 10.1-inch touchscreen fitted as standard, which has been brought over from larger models, while a digital instrument binnacle can be upgraded to Audi’s full virtual cockpit.

Featuring Audi’s latest operating system, the A3 gets DAB included as standard with online radio available as an option, navigation that can predict changes in traffic situations along the route, and smartphone integration through Apple CarPlay and Android Auto.

There are three engines available at launch; a single 1.5-litre petrol engine making 148bhp, and a 2.0-litre diesel with a choice of 114bhp or 148bhp. These will be offered with front-wheel-drive and a choice of six-speed manual or automatic transmissions at launch, with further engine options and all-wheel-drive offered at a later date.