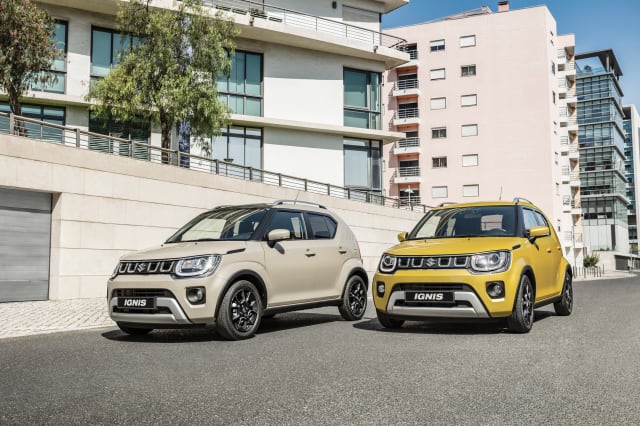 Suzuki has introduced a refreshed version of its Ignis, bringing a tweaked look and improved powertrain to the car.

New to this version of the compact crossover is a five-slotted grille which replaces a previously horizontally set trim piece, set upon a new front bumper with a silver insert at the bottom. A similar silver bit of trim has been added at the rear of the car too, which Suzuki says ‘accentuates the car’s SUV character and uniqueness’.

Inside the cabin, two new colour options have been made available for various panels. Namely, these are ‘Lazuli Medium Blue Pearl’ and ‘Medium Grey Metallic’. There’s also a selection of new exterior colours, including ‘Rush Yellow Metallic’ and ‘Tough Khaki Pearl Metallic’.

Rounding out the changes to the Ignis is the introduction of a larger battery to the mild-hybrid powertrain. Its 1.2-litre petrol engine is now linked up to a 10Ah battery instead of the previous 3Ah unit, with efficiency said to be improved as a result though Suzuki has not stated any figures. A CVT gearbox has also been added to the line-up, too.

Expect order books of the facelifted Suzuki Ignis to open in April, with deliveries to follow soon after. Prices and specifications have yet to be confirmed, however.