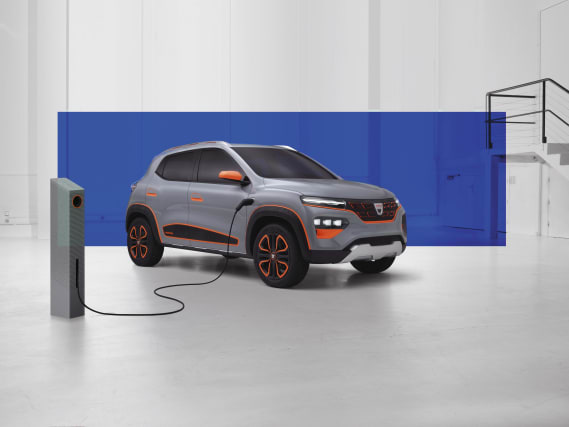 Dacia has confirmed plans to put an EV into production next year and has offered a first glimpse at the car with a new concept.

This is the Dacia Spring Electric, which is said to preview 'Europe's most affordable all-electric vehicle'. It takes on a look similar to that of its current offerings with a boxy silhouette, rugged design details like plastic cladding and roof bars plus skid plates integrated into the front and rear bumpers.

Fully-LED headlights fitted in a horizontal strip are said to highlight Dacia's future design direction, with the firm also opting to kit the concept out in an eye-catching grey and orange livery.

Dacia claims the production version of the car, which is unlikely to carry the Spring Electric name but will undoubtedly take on heavy design inspiration from the concept, will be capable of more than 124 miles between charges. It hasn't stated exact figures for the powertrain, though.

An early 2021 arrival for the production car is expected, with Dacia claiming it will offer low running costs, ease of driving and easy maintenance.