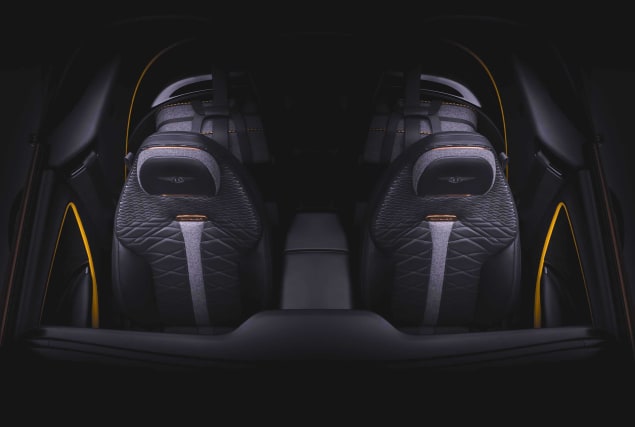 Bentley has previewed the interior of its luxury two-seater, which has been inspired by the futuristic EXP 100 GT concept.

In the darkened image, the Mulliner Bacalar’s two-seat configuration can be seen, with a luggage space behind reserved for a set of bespoke travel cases that have been trimmed in the same sustainably sourced materials as the rest of the cabin.

While information is thin on the ground, the Bacalar appears to be a convertible model based on the angle of the photograph above. Falling under the Mulliner branding means that it will likely be fairly limited in numbers and targeted at extremely wealthy buyers looking for rare collector cars.

Being inspired by the EXP 100 GT concept means that the Bacalar should be a large sports car with swooping styling, a prominent front grille and advanced technologies.

The Bentley Mulliner Bacalar, which will be only the second two-seat Bentley since 1930, will be unveiled on March 3 at the Geneva motor show.