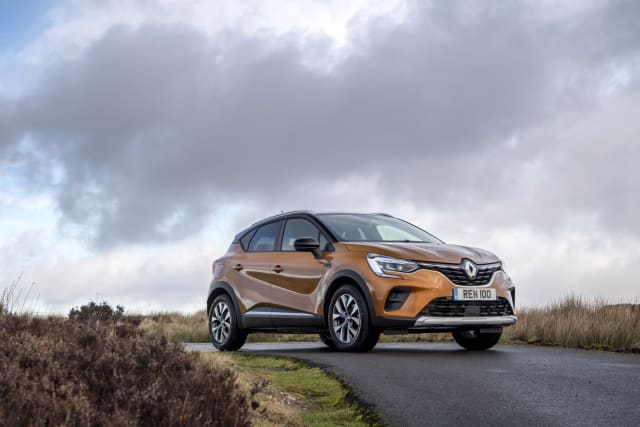 The original Renault Captur debuted in simpler times in 2013. An era before a ‘crossover’ became the thing it is today, and when this stylish Renault had just a handful of competitors.

But fast forward seven years and all this has changed, with the Captur now seeing in excess of 20 manufacturers fighting for the business of this ever-growing customer base.

And while this Renault still continues to sell in droves, with 1.5m being registered since 2013 (a sizeable chunk of those coming to the UK), the poor-quality interior and disappointing drive had made it way off the pace of rivals. It’s therefore time for a game of catch-up with this all-new model…

Based on the excellent new Clio, this second-generation Captur has some solid foundations already in place. It’s built on a new platform known as ‘CMF-B’ – allowing for improved cabin space and electrified powertrains for the first time, with a plug-in hybrid version set to go on sale in July.

Just like the exterior design of the Clio, the Captur’s looks haven’t changed dramatically compared with its predecessor, which is unsurprising because styling is said to be the key reason why buyers chose the previous model. It certainly pays, then, to take the ‘if it ain’t broke, don’t fix it’ approach. The interior is a different story, though, with the cabin entirely new with a much cleaner and more upmarket layout.

You’ll have to wait a few months if you’re looking for a hybrid Captur, but there are plenty of turbocharged engine options to go with from launch.

Our test car uses the junior 1.0-litre petrol unit and sends its power to the front wheels via a five-speed manual gearbox – the latter being an odd pairing as a six-speed gearbox is far more commonplace these days. With this engine, the Captur is a model that’s best for use around town – as it sits at high revs at motorway speeds. In terms of numbers, it can accelerate from 0-60mph in 13.1 seconds and hit a claimed top speed of 107mph, while returning a combined 47.1mpg and CO2 emissions of 116g/km.

We also tried the 128bhp 1.3-litre petrol unit, which offered much-improved performance, but it was let down by its seven-speed dual-clutch automatic transmission. Should you drive regularly out of town, this could be the better option, though.

Behind the wheel, this new Captur feels like an entirely different car to its predecessor, being far more comfortable and refined than before. It’s exceptionally easy to drive with light controls and an excellent turning circle making it feel just as nimble around urban areas as a city car. That said, refinement remains impressive at higher speeds thanks to limited road noise, while the engine is largely quiet unless under heavy acceleration.

It’s perhaps not as fun behind the wheel as the Ford Puma, but with direct steering and limited body roll, there will be few complaints from most buyers getting behind the wheel of a Captur.

The Captur remains one of the best-looking crossovers around, retaining the bold and recognisable C-shaped daytime running lights and the two-tone ‘floating roof’. It also adds new touches such as the matching C-shaped rear lights (mimicking those at the front) and a smoother and fresher-looking tailgate with more noticeable branding. LED headlights are also now standard, regardless of trim level.

Thanks to an increase in length of 11cm, the model also looks far more like a baby SUV than ever before – rather than just a lifted version of the Clio. This is something buyers are undoubtedly going to love.

The interior was one of the key flaws of the older Captur – feeling just as flimsy as it looked. Little surprise, then, that it’s this area where Renault has been making huge changes for the better.

Look hard and you might find a few cheap-feeling plastics, but the quality has dramatically improved thanks to new textures and cool semi-digital touches like the ventilation controls. Our test car also came with a £350 Signature Orange colour pack, which is yet another way of personalising the Captur.

The new model is also now the most spacious car in its class, with increased legroom and boot space – the latter rising by 81 litres to a seriously impressive 536 litres, while a sliding rear bench furthers versatility. Unlike many cars in this sector, the Captur is easily big enough to be a compact family car, and far larger than the Clio it’s based on.

The Captur remains an affordable crossover option, with the range starting from £17,595, which is just about identical to the Skoda Kamiq and Nissan Juke.

If you want to splash out on the top model, the S Edition isn’t significantly pricier (costing from £20,595), and adds front parking sensors, a larger touchscreen, a semi-digital instrument cluster and a reversing camera.

It’s rare for a car to get its brief absolutely nailed, but the Renault Captur manages to do just that. It feels like a true transformation compared to the dated outgoing version of this crossover, and far more well-rounded than just about all of its rivals – offering spaciousness combined with ease of driving, through to stylish looks and affordability.

This TCe 100 engine might be a bit flawed away from the town centre, but given that the majority of Capturs will be urban cars, it’s a minor complaint. Aside from that, it’s exceptionally hard to find fault with the Captur. It feels like a true baby SUV, and somehow even better than the excellent Clio on which it’s based. Whether you’re looking for a small family car or a compact crossover, this Renault should definitely be on your shortlist. Maybe even at the top.