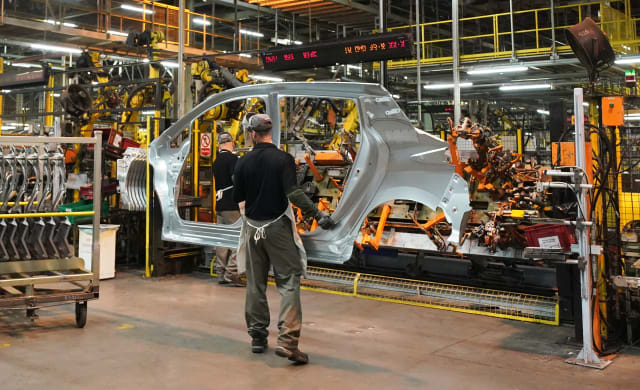 Car production has fallen for the fifth month in a row amid weak demand in the UK, new figures reveal.

Production for the UK fell by almost a quarter in January compared with a year ago, although exports increased by 4.1%, said the Society of Motor Manufacturers and Traders (SMMT).

More than four out of five cars built in the UK were for export, said the SMMT.

“These figures, however, still give great cause for concern, with another month of falling car production driven by a lack of confidence and corresponding weak demand in the UK.

“The upcoming Budget is an opportunity for the Government to provide supportive measures to stimulate the market, but the biggest boost would be the agreement of an ambitious free trade deal with Europe.

“This would end the ongoing uncertainty and help the UK to recover its hard-won reputation as a great place for automotive investment.”