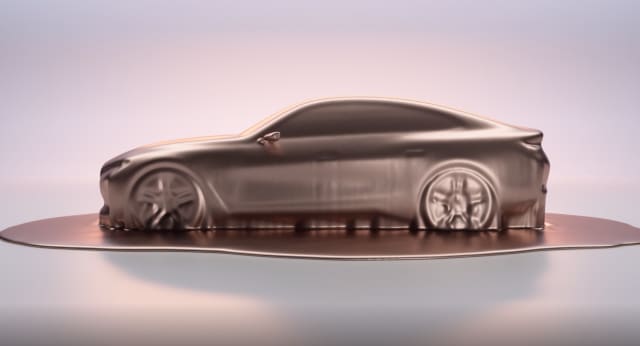 BMW has teased the concept version of its forthcoming all-electric saloon, which it hopes will take the fight to the Tesla Model 3.

Its American rival currently dominates the EV family saloon segment, but the German company will hope that its own competitor will not only steal a large market share but spearhead the firm’s EV revolution.

The Concept i4 will get its public unveiling at the Geneva motor show on March 3, with the teaser hinting at a familiar BMW front end that flows back into a rear bootlid and taillight design that look to have soft, curvy styling.

“The design is dynamic, clean and elegant. In short: a perfect BMW that happens to be zero emission.”

Despite taking a concept version of the forthcoming i4 to Geneva, BMW has revealed images of the production version – albeit clad in testing camouflage. A few details have been released, such as its 373-mile range and 523bhp powertrain. That power output should put its performance statistics closer to the firm’s petrol-powered M Division creations than its humbler variants.

The production-ready i4 is slated for release in 2021 and will be built at the firm’s Munich factory alongside internal combustion-engined models.