The SUVs with coupe styling on sale today 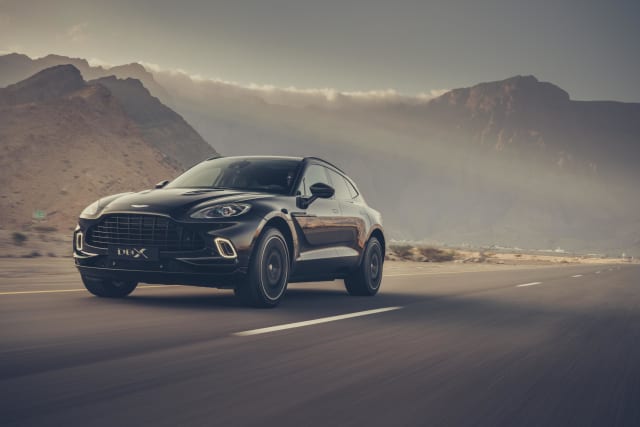 If you want the space of an SUV, but not so much practicality that you wouldn’t be happy to sacrifice a little practicality in the name of style, an SUV coupe could be the car for you.

While only a few years ago the idea of sacrificing rear headroom and boot space in an SUV by adding a swooping rear in a bid to mimic the sleek look of smaller two-door cars might have seemed alien, these days such vehicles are everywhere you look.

With their popularity showing no signs of slowing down, we’ve rounded up some of the best.

Sitting at the very top of the Audi SUV range is the Q8, an incredibly aggressive-looking car with a big, imposing face and sharp styling. In a word, this thing is huge, evidenced by the fact that even the 21-inch alloys look perfectly in proportion.

Inside it feels massive too, so if you’re looking for something with loads of space inside and bundles of technology on offer, this could be the car for you.

The Cayenne was a game-changer for Porsche. The firm was best-known for its iconic 911 sports car, but the SUV has been a massive money spinner. It’s no surprise then that Porsche is drilling down into this niche to appeal to more buyers with the Cayenne Coupe.

It retains the front-end of the standard SUV but gets a dropped roof at the rear. So, it’s more expensive and less practical – but it’s more stylish. And for many buyers, that will be enough, because it’s just as good to drive as its sibling.

One of the first to explore this niche, the BMW X6 continues to offer a compelling alternative for premium SUV buyers. And it has a lot going for it. For example, of the cars in this list that started life as a regular SUV it’s probably the best-looking, while it can also be had with some blooming quick engines.

It’s typical BMW loveliness inside, too, with top notch build quality and spot-on ergonomics. It might not be the most fun to point down a twisting road, but in most other areas it redeems itself.

Much like Audi’s Q8, Mercedes has certainly gone for imposing styling with its GLE Coupe. It’s a big car, and it feels it on the road too, but as you’d expect from an expensive Mercedes there are few complaints to be had from behind the wheel.

With a good variety of engine options, from those focused on lowering running costs to those that prioritise performance, and the firm’s typically excellent on-board technology, overall, it’s a winner. Perhaps its only major foible is the fact that the boot is more awkward to get large items in than the standard GLE.

One of the perks of Lamborghini being owned by the VW Group is that it gets access to platforms used by other manufacturers that also fall under that umbrella. So, when it decided to build an SUV, it borrowed loads of tech from Audi’s Q7, put some mad styling over the top and a V8 engine under the bonnet.

The result upsets purists but massively appeals to wealthy extroverts, with the company having to massively increase the size of its factory to cope with demand. It’s fast, looks as wild as a Lamborghini should, but also fits all your mates and their luggage in. It’s a brilliant all-rounder.

Over the years, Alfa Romeo has built a cult following among enthusiasts for building some beautiful cars that are fantastic to drive. To keep that reputation, it managed to make a gorgeous SUV that drives as well as a car.

While it’s not a coupe version of an existing SUV, its curvy styling makes it more than worthy of being on this list. If you want an SUV but your key concern is that it won’t be as nice to drive as a car, the Stelvio could be the perfect option.

Yes, Aston Martin is making an SUV, and as far as they go, this one’s a looker. The front end wears the firm’s signature grille design surprisingly well, with oblong LED running lights giving it character. But it’s the rear end that’s the show stopper, with its full width rear light bar that’s integrated into the swooping bootlid spoiler.

Inside, it’s said to be incredibly practical, with a hugely adjustable seat for the perfect driving position, as well as a large cubby hole under the dashboard that could fit a handbag.