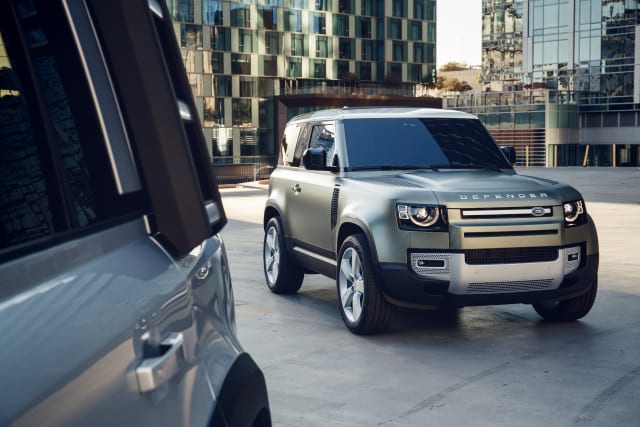 The 90 is expected to appeal to those who use their 4×4 off-road more often, boasting a short wheelbase and minimal overhangs that the company claims makes it ‘the most capable Land Rover ever made’.

There are four option packs available for the 90, called Explorer, Adventure, Country and Urban, which give the model slightly different specifications adapted to different use cases. The most popular on the 110 so far has been Urban, a £517 pack that ‘equips Defender to stand out in the suburbs’.

Finbar McFall, Land Rover’s global product marketing director, said: “We have experienced unprecedented demand for New Defender 110 and the official introduction of Defender 90 is sure to boost interest.

“As the family grows to include an efficient plug-in hybrid powertrain and commercial derivatives later this year, we look forward to continuing this success. If our experience with the Defender 110 is anything to go by, we can expect over half of customers to opt for one of the four Accessory Packs, making New Defender the most accessorised and personalised Land Rover we have ever produced.”

The 90 model is designed to be almost as practical as its larger sibling thanks to a ‘jump seat’ in the centre of the front row, which means it can carry a total of six people. The seat folds away when not in use to be an armrest.