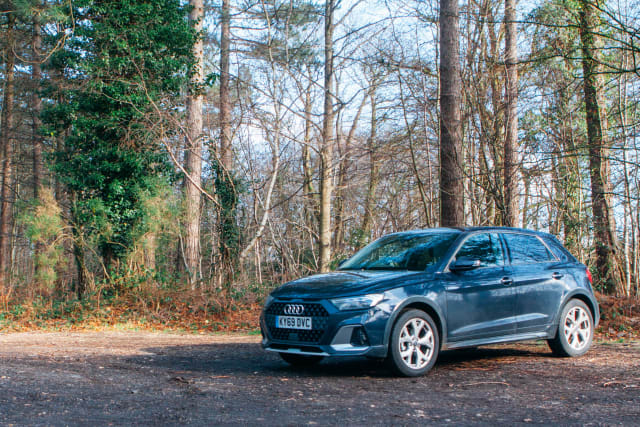 Niche filling is rife in the car industry, and it’s easy to see why. As a manufacturer, if you can take a car that already exists, change perhaps 10 per cent of its parts and bodywork, and then offer an extra model in your range, why wouldn’t you?

Audi is a great example of this, with its SUVs and SUV coupes. While less than a decade ago the mere concept of an SUV coupe would have been laughed at, they’re now everywhere. Just look at the Q7 and Q8 – almost identical in every way, save for a swoopier roof on the 8, and yet ostensibly two completely different cars in Audi’s range.

I’ve always been in the minority among car enthusiasts in defending manufacturers for doing this, because honestly, if people are buying these things, who am I to say they shouldn’t build them? That’s just good business.

However, I think Audi has gone a step too far with this A1 Citycarver. The premise is to take the firm’s A1 city car, give it some plastic cladding and a raised ride height a bit like an off-road car… to make it more appropriate for the city.

The A1 is, therefore, technically the latest addition to the ever-blossoming crossover market, but it’s still a very small car. The appeal of SUVs and, in turn, crossovers, is that many buyers enjoy the raised ride height that improves visibility – and indeed, Audi cites this as one of the appealing aspects of the Citycarver trim.

The reality, though, is that this is just four centimetres taller than the standard A1 – you can negate that with one crank of the height-adjustable driver’s seat. So as far as I can tell, the only benefit this trim brings is the chunky styling.

All this being said, there’s no denying that the Audi A1 is a lovely car, even in this arguably pointless trim. And what’s most impressive is that, as a lanky human being that generally finds smaller cars cramped and claustrophobic, this German supermini is surprisingly comfortable. (Even if my knee does knock the key in the ignition while driving.)

I’ve been really putting its SUV-esque pretentions to the test, too, with my new year’s resolution being to take up mountain biking again, and with March on the horizon I’m delighted to say I’ve stuck at it. My aforementioned long limbs mean I require quite a big bike, so when I got home with the Citycarver and put my XL-framed Vitus Nucleus alongside the A1, I wasn’t particularly confident of squeezing it into the boot, even with the front wheel removed.

However, with the rear seats flat and an old bed sheet protecting the car from the muddy clay of the South Downs, it didn’t take much jiggery-pokery to get the bike in. That said, the front suspension forks butt up against the back of the front seats, while the handlebars poke between driver and passenger, though not in an overly obtrusive way.

It’s admittedly not an ideal set-up, but after a few weekends of mountain bike versus Citycarver boot, I have absolutely no reservations about taking the Audi home on a Friday night.

And when I pull up alongside the vans, pickup trucks and large estates of fellow MBKers, the plucky Audi always draws an impressed smile. Meanwhile, a friend I ride with let out a laugh last time out, saying “I still can’t believe you can fit your bike in that thing”.

It’s not all gone swimmingly, though. The A1’s automatic gearbox suffers from the typical Volkswagen Group affliction of being incredibly slow to respond to inputs, a feature that became noticeable once companies had to hit new, stricter WLTP emissions targets. It’s frustrating.

I spent a solid week in the Audi and quickly adjusted to this foible, before testing a Mercedes GLC for a few days. The SUV’s automatic gearbox responded exactly as you think a gearbox should, only amplifying the delay in the A1 when I got back in it. Swapping back resulted in a couple of clench-worthy moments at roundabouts as the Audi hesitated to dart into a gap.

I must say, though, considering I’ve complained about its very reason for existing and the annoying gearbox, I don’t actually dislike the A1. I’ve found it to be nice to drive with a great interior. However, with a few months still left on this long-term test car, I have to say that if it was my money, I’d just go for the standard A1 Sportback model with equivalent equipment levels.