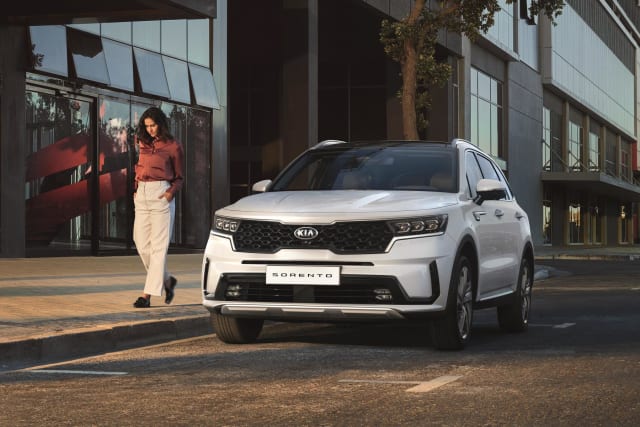 Kia has revealed the new Sorento, with a bold look more reminiscent of its American Telluride SUV than anything it has previously sold in Europe.

The fourth generation of the SUV has been designed to shake off the ‘tough-looking’ appearance of its predecessors in favour of a more refined, premium style.

To achieve this, its proportions have been tweaked to make it look longer, with the bonnet extended to give a more ‘cab-rearward’ design. The firm’s signature ‘tiger nose’ grille has been expanded so that it dominates the front end and merges with the large, chunky headlights, while at the rear there are smart vertical taillights.

The Sorento sits on a new vehicle platform, which Kia says means it can offer improved space and practicality. It will also include electrified powertrains for the first time.

Inside, the cabin has a much more upmarket appearance with a wide infotainment screen in the centre console, with Kia saying it will include improved connectivity, driver assistance features and infotainment options such as Android Auto and Apple CarPlay.

The fourth-generation Kia Sorento will make its public debut at the Geneva motor show on March 3, 2020.