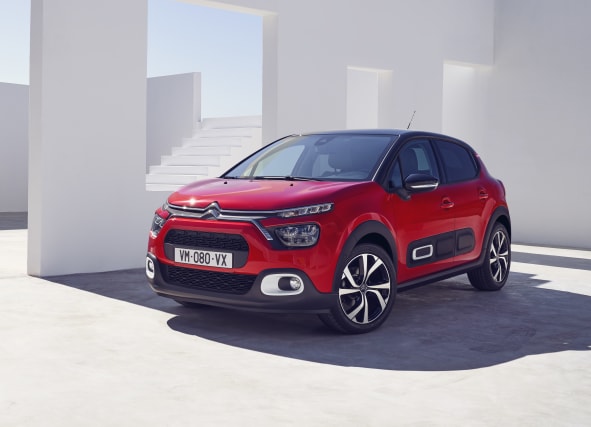 Citroen has refreshed its C3, bringing a revised look and more equipment to the hatchback.

Key to this new version of the hatchback is that tweaked design. Up front, a new grille sees chrome trim extend towards the fog lights while new LED headlights become a standard fixture across the range.

New-look ‘Airbump’ panels come to the side of the car too, while an altered light signature features at the rear.

Inside the car, Citroen’s has fitted an updated version its ‘Advanced Comfort’ in a bid to improve ride comfort as has a new ‘Techwood’ interior theme that brings faux wood to the dashboard. Equipment remains largely the same as before, though front parking sensors have been introduced to the package.

Citroen hasn’t confirmed any chassis tweaks to the car either, while its engine line-up is identical to the outgoing C3 — with two petrol options and a sole diesel on offer.

UK deliveries of the revised Citroen C3 are expected to begin in June, though there’s no word yet on pricing. It’s fair to expect a slight bump over the outgoing car’s £16,120 starting cost, though standard equipment levels are likely to be higher.