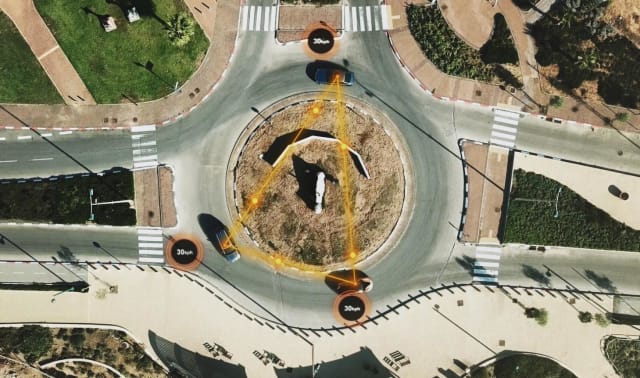 A £75 computer system could help transform road safety by giving cars the ability to ‘talk’ to one another and warn drivers about oncoming hazards.

The chip, which is being developed by connected vehicle experts Autotalks, broadcasts a vehicle’s location, direction and speed up to ten times a second.

With other ‘connected’ cars in the surrounding area being similarly linked, it would allow vehicles to ‘talk’ to one another about potential hazards and relay this information back to the driver.

All the other cars in the area will receive the same message with each vehicle able to analyse the amount of risk involved.

The technology, known as ‘vehicle to everything’ (V2X), will also allow cars to interact with local infrastructure such as traffic lights, which could help to prevent pedestrian collisions.

Autotalks’ system could cost as little as $100 (£75) to install on a new vehicle, opening up a low-cost way of theoretically reducing accident numbers across the country.

It follows on from a survey of 2,000 motorists conducted by Hyundai – whose Tel Aviv-based ‘CRADLE’ team has recently invested in Autotalks – which found that 15 per cent of people had had a near-miss in the past month after they became distracted at the wheel.

Yaniv Sulkes, VP business development and marketing at Autotalks, said: “In the USA and other parts of the world, if you’re healthy, then the thing that is most likely to kill you is a car. If you’re a motorcyclist the chances are even higher.

“Our eyes are brilliant, they are as good as any camera but we might take our eyes off the road or lose concentration and this is where chipsets can help. Communication tools don’t need line of sight – if they detect a hazard they can give you enough time to take the right course of action, in confidence.

It’s expected that the first wave of the Autotalks V2X technology will be fitted in cars next year, bolstering the amount of on-board safety systems currently available on production vehicles.