One of four Ford RS500 prototypes heads under the hammer 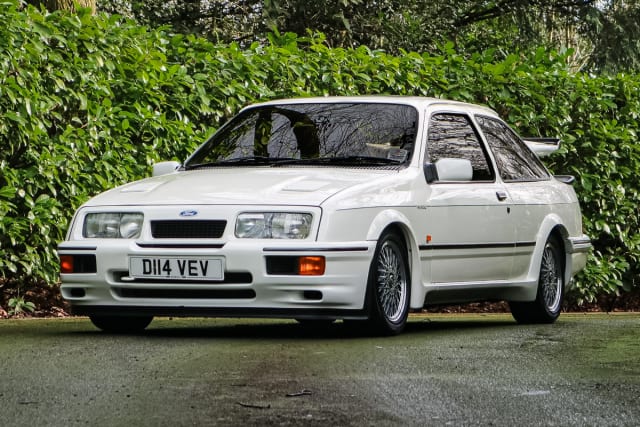 A 1987 Ford Sierra RS500 used for the development of the legendary model is set to head to auction.

This RS500, which is due to go under the hammer at the Silverstone Auctions Race Retro show on Saturday, February 22, was owned by Ford and used as a testbed for turbos and intercoolers.

With 69,000 miles on the clock, the RS500 features an Eggenberger Motorsport-tuned engine which was originally fitted in chassis number 10 – before being transferred to chassis number 003 which we see here.

Joe Watts, Silverstone Auctions classic car specialist, said: “These cars are very highly sought after and this particular car, one of the first and with the provenance it has, will generate a lot of interest. Probably the best surviving prototype out there.”

It comes with a certificate of proof, all of the associated paperwork and build sheets to prove the engine transfer from Ford. It’s also accompanied by an estimate of between £60,000 to £70,000.