What is an international driving permit? 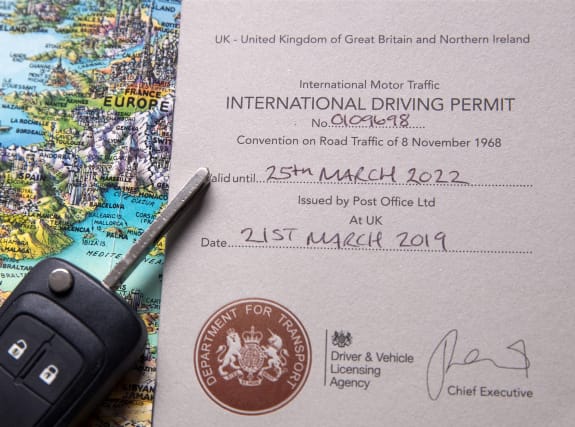 As part of the United Kingdom’s membership of the European Union, residents have been able to drive back and forth using their national driving licence.

However, if you’re driving further afield, countries outside of the EU might require you to take an international driving permit (IDP) to accompany your normal licence.

And although the UK has now left EU, during the transition period the old rules will continue to apply. Come December 31, though, depending on the deal that’s been negotiated, you might also need one of these permits to drive across Europe.

So, if you’re planning on driving outside Europe or you’re curious about what might be required for a European road trip in 2021, we’ve got you covered.

What is an IDP?

For UK motorists, an IDP is a document that is required in addition to your normal driving licence when driving outside the EU, EEA or Switzerland for less than 12 months. There are three different types, which are valid in different countries.

Once the UK’s transition period for leaving the EU ends on December 31, an IDP might also be required for driving in Europe.

In this digital age, it is perhaps surprising to learn that an IDP is a small document made from card. It will have your personal information written on it and will have a passport-sized headshot attached. It is only valid when presented with your normal driving licence.

When should I get one?

There’s no minimum time limit before you travel that you’re required to have held an international driving permit. They expire between one and three years after being issued, depending which permit you have.

Where do I get an IDP and how much does it cost?

The only place you can get an IDP is at applicable Post Office branches and it costs £5.50. To apply, you’ll need a full valid UK driving licence (photocard or older paper licence), a recent, passport-sized photograph, and an original passport as proof of identity if you only have a paper licence.

Which countries do I need an IDP for?

There are three types of international driving permit: 1968, 1949, and 1926. Which countries require which permit is listed in full on the government’s website.