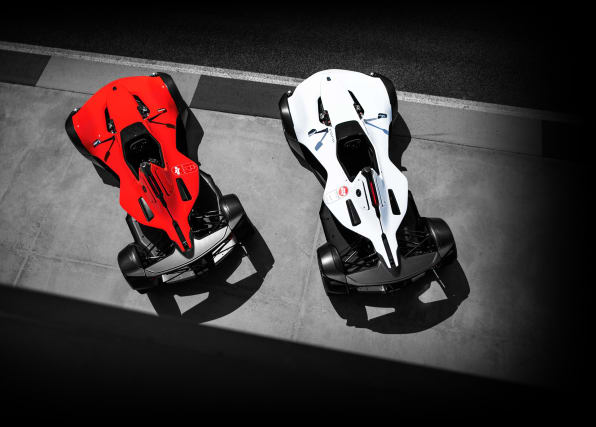 Just three examples of the Mono One will go on sale and will be the final first-generation models built by the firm before it switches production to the new model, set to be launched in March at the Geneva motor show.

To make the Mono One stand out from the standard car, it receives carbon-hybrid wheels, carbon-fibre lower body panels, and commemorative plaques with unique logos. They are also available in one of three bespoke colour schemes called Iconic White, Carbon Black and Neon Red.

The car also pays homage to the robot featured in the 1999 Bjork music video ‘All is Full of Love’, which also inspired the original black and white livery that has been the most popular colour scheme since the Mono’s introduction in 2011.

Ian Briggs, BAC co-founder and design director, said: “Mono One marks the end of a truly incredible era for BAC and, of course, Mono.

“We wanted to give Mono the perfect send-off and this car does exactly that – it’s super rare, with only three available, and has endless unique features that make it a serious proposition for collectors.

“When we first designed Mono and drew inspiration from Bjork’s video, we did so with a dream of sharing the experience with our close friends and having a lot of fun in the process – never could we have ever visualised our growth around the world and just how many remarkable garages Mono now finds itself part of. It’s now time for a new generation of BAC Mono and a new bid for world domination.”

The original BAC Mono was introduced in 2011, with the Liverpool-built sports car being one of very few single seater cars on sale. BAC claims to have taken 10 production car lap records at racetracks around the world.