Improving safety was not a “primary goal” on smart motorway section, documents show 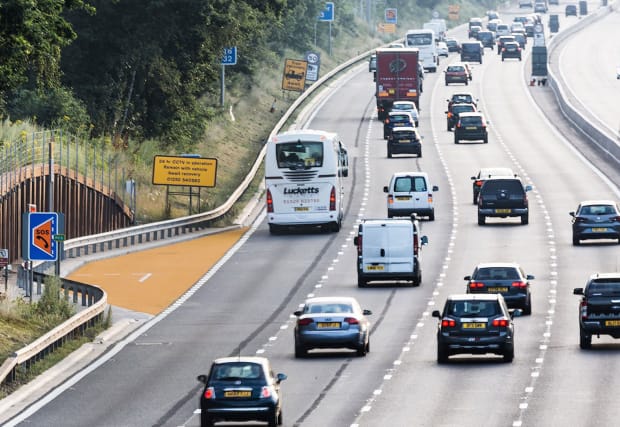 Improving safety was not a “primary goal” when one of the earliest sections of smart motorways was being established, according to a newly uncovered report.

In 2012 the Highways Agency – the predecessor to Highways England – produced the report which looked at the creation of additional emergency refuge areas (ERAs) surrounding a fatality hotspot on the smart motorway section of the M1 north of Nottingham.

The document, which was uncovered by the AA, stated that: “The primary goals for the scheme do not include improving safety and the road user safety objective is to ensure that the scheme is no less safe than the safety baseline.”

However, the AA has criticised this for being “unambitious and complacent when it comes to the crucial safety of the motorway”.

The report shows that the Highways Agency was aware of a risk that the number of vehicles coming to a stop in live lanes would increase, and in response set out options to mitigate this.

The second option would have seen the number of ERAs increased to 14, with an average spacing of 1,304 metres. This would have cost between £1m and £2m to implement.

Despite both of these options being presented and either choice resulting in a “small net decrease in risk to road users”, neither was implemented.

In addition, the AA states that between junctions 30 and 35a of the M1 during September 2018 to December 2019 there were five fatalities.

Edmund King, AA president, said: “This report is yet more damning evidence that the higher risks of more live lane stops if emergency refuges areas were further apart was known at the time.

“It seems incongruous that for a mere one to two per cent increase in the cost of the scheme that six extra emergency refuge areas were rejected. What price can you put on safety?

“The families of those who have died on this stretch of motorway will obviously question whether those extra emergency refuge areas would have given the drivers a better chance of getting out of live lanes.

“The government must take responsibility and accept that smart motorways in their current guise are unsustainable. We welcome the suspension of schemes but need clarity on what actions are proposed to give the public more confidence.”