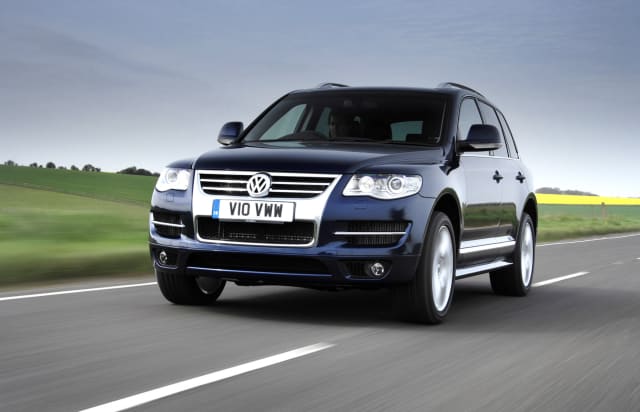 The performance SUV sector is booming. When the likes of Lamborghini and Alfa Romeo join the fray, you know things have become serious – and consumers are snapping them up thick and fast.

But with high performance, more often than not, comes a high price tag, too. However, there are some used examples which offer all the thrills of a performance SUV at a fraction of the price. Here, we’re looking at some of the best for under £25,000.

Audi’s first-generation SQ5 was one of the first all-rounder sports SUVs. Diesel-powered (the SQ5 was the first oil-burner Audi S model, in fact) and effortlessly understated, its twin-turbocharged V6 produced well over 300bhp, and could go from 0-60mph in under five seconds.

Of course, being an Audi, quality was rock-solid with the SQ5, while residuals have remained strong owing to that premium badge and the car’s excellent performance. Even so, you should still be able to nab a tidy example for under our £25,000 budget.

It’s cheating a little to include the first-generation Macan alongside the SQ5; the paired shared many components after all. However, the Porsche separated itself from its Ingolstadt cousin by its sharper driving dynamics, as well as its interior, which felt more driver-focused than the SUV with four rings on the front.

The Macan S was the pick of the bunch, with a 3.0-litre petrol V6 providing ample punch. Fortunately, these are a great buy on the used market – and our £25,000 price cap will net a clean example of Porsche’s baby off-roader.

The Mercedes ML – now known as the GLE – was one of the founders of the regular SUV range, offering go-anywhere capabilities as well as a top-notch level of luxury. However, for those with a little more need for speed, there was the AMG-fettled ML63 version.

Based on the second-generation ML, it featured a naturally-aspirated 6.2-litre V8 under the bonnet (other versions used a 5.5-litre V8), driven through a seven-speed automatic transmission. It could go from 0-60mph in just 4.8 seconds, bellowing and shouting the entire way. It’s certainly a car for those who like to make an entrance.

Much like the Mercedes, BMW’s X5 has been a mainstay in the SUV segment for some time now. And, like the car with the three-pronged star, there’s a performance version of it too, for those who like to sit up high but go quickly too.

Called the X5 M50d, early variants were powered by a beefy 3.0-litre straight-six diesel – the 5 on the back paid no relevance to engine size on this occasion, unfortunately. That said, it still represents great value for money, with plenty of options for under £25,000.

Range Rover’s first-generation Sport was a more dynamic take on the well-known off-roader. It combined the luxurious edge associated with the brand together with a more road-orientated dynamic setup.

It could also be fitted with a supercharged 5.0-litre V8, giving the Sport monstrous performance as well as a raucous soundtrack. And guess what? You can get used examples for well under our £25,000 budget.

A V10-powered SUV may sound absolutely ludicrous, and to be quite honest, it is, but Volkswagen made one and we’re grateful for it.

The Touareg V10 didn’t just use any 10-cylinder engine though, rather an unconventional diesel-powered unit. The result is masses of torque low in the rev range — ideal for spooking a supercar or two.