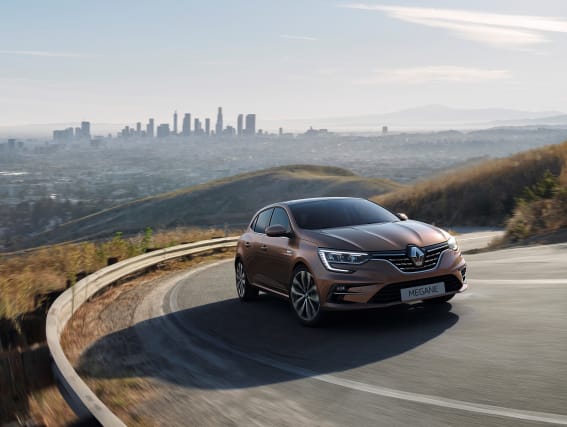 Renault is hoping to take a chunk out of the Ford Focus and Volkswagen Golf’s domination of the family hatchback market by giving the Megane a mild refresh.

Updates to the outside are minimal, but improved technology and a new hybrid powertrain are now offered.

The latter is a petrol-electric unit that uses a 1.6-litre four-cylinder engine with two electric motors, paired to an automatic gearbox that Renault claims can deliver ‘barely noticeable gear changes’.

Its battery capacity is 9.8kWh, providing an all-electric range up to 40 miles at speeds up to 84mph. It will only be available on the Megane estate at launch but will be added to the hatchback line-up at a later date.

In the cabin, there’s a new 9.3-inch multimedia screen and 10.2-inch dashboard screen, while an advanced cruise control system is now available. On the outside there are LED headlights to improve visibility at night as well as giving the car a stronger look.

The sporty Renault Megane RS hot hatch has also been updated, with the entry level engine being dropped. Instead, the 296bhp version of the 1.8-litre engine is included across the range and has more torque at 420Nm (up from 390).