A83 reopens after landslide 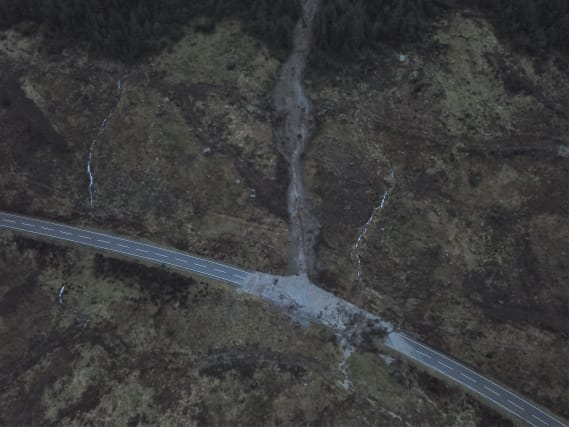 The A83 has reopened at the Rest and Be Thankful, two days after a landslip forced its closure.

BEAR Scotland said it had completed the removal of more than 1,300 tonnes of debris and installed a protective barrier on the route.

Forestry and Land Scotland have, meanwhile, been stabilising boulders on the slope above the road and removing trees destabilised by the landslide.

Traffic is being managed by 2-way temporary lights but it's running well with only minor hold-ups.

Eddie Ross from BEAR Scotland said: "Temporary traffic signals and a concrete barrier have been put in place as a precaution while further works are undertaken off-road.

"We'd like to thank the travelling public for their patience while the clearance work was undertaken."

More than 86mm of rain fell in the area in the two days before Thursday's landslide.

It appears to have been triggered by a slip in the forested area high above the road, BEAR Scotland said.

A diversion route via the Old Military Road later opened, saving motorists a 59-mile trip to avoid the blockage.