Arrival: Everything you need to know about the latest electric vehicle start-up 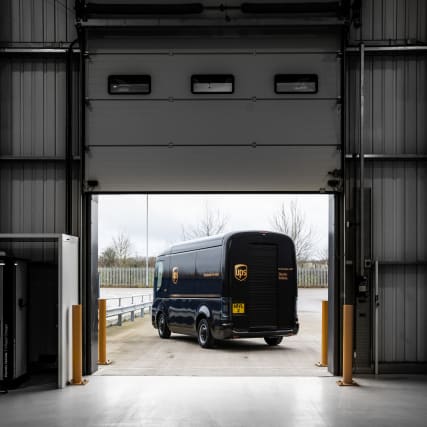 Who or what is Arrival? The technology company feels slightly shrouded in mystery; it’s blasted on to the scene and has acquired key investments from companies such as Hyundai, Kia and most recently UPS, which has ordered 10,000 delivery vans from the firm.

But why are companies so interested in the British tech company, and what does it actually produce? We’ve answered some of the key questions currently surrounding Arrival.

Arrival is a British start-up technology company. It’s creating all-electric vehicles which, it says, ‘deliver an experience like no other, but are priced the same as fossil fuel equivalents’. It develops its own software, materials and platforms in order to create purpose-built vehicles. It was founded back in 2015 and employs over 800 people globally.

Where is it based?

Arrival has its headquarters in London, with another research and development facility located in Banbury, Oxfordshire. However, this British-based firm doesn’t just have offices in the UK, with locations in North America, Germany, Israel, Russia and the Netherlands meaning that Arrival has sites across the globe.

Is it the next Tesla?

It’s hard to predict the success of a company – particularly a new start-up – but Arrival is on a rising trajectory.

It was put as number 19 in LinkedIn’s Top Startups of 2019 list, which identified the top 25 UK companies to work for.

Will it ever make cars?

For now, Arrival is focused on the production of lightweight commercial vehicles, which the company refers to as Generation 2 Electric Vehicles. There’s no indication that the company is looking into the creation of more consumer-focused vehicles instead.

Where does it currently make its vehicles?

Arrival vehicles are produced in low footprint ‘microfactories’ which, the company says, create vehicles on demand which can then be delivered within three months. The firm says that these smaller-sized manufacturing sites are located to help local communities with employment.

Who is working with Arrival so far?

Arrival has had several companies trial its vans, while many others have fully invested in the firm. The Royal Mail trialled nine of Arrival’s vehicles back in 2018, and UPS had tested the firm’s vans even further back in 2016 – a test which has recently come to fruition with the delivery company’s announcement of 10,000 Generation 2 Electric Vehicle orders.

Blackberry also revealed in October 2019 that it would be supplying the operating systems for Arrival’s vans, which will give the company a basis for Advanced Driver Assistance Systems within the vehicles themselves.

On January 16, Hyundai and Kia announced a €100m (£85) investment in Arrival, which will see the Korean firms given access to Arrival’s ‘flexible skateboard platforms’ in order to develop new electric cars. Arrival will benefit, meanwhile, through its ability to access the two OEMs’ global presence.

What have people said about Arrival?

“These vehicles will be among the world’s most advanced package delivery vehicles, redefining industry standards for electric, connected and intelligent vehicle solutions.”

“We will accelerate investment and cooperation with companies with advanced technology such as Arrival, to respond to the rapidly changing eco-friendly vehicle market.”