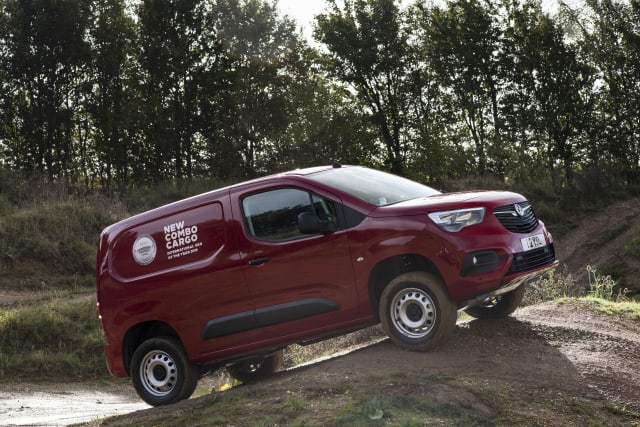 Vauxhall has introduced the Combo Cargo 4×4 to its commercial vehicle line-up in a bid to offer a van capable of taking on any terrain.

Developed in conjunction with French off-road specialist firm Dangel, the light-commercial vehicle (LCV) is said to be the only one of its kind within the segment.

Along with the introduction of the four-wheel-drive system, alterations have been made to both the steering and suspension systems to suit the drivetrain. Ground clearance has also been raised by 90mm, while underbody protection has been added to save mechanical components from the perils of rougher terrain.

Two driving modes can be selected on the Combo Cargo 4×4, namely Eco 2WD and Auto 4WD. In its former setting, the van becomes a front-wheel-drive vehicle in a bid to reduce fuel consumption, emissions and tyre wear when the vehicle is used on smoother roads, while the latter sends power to both axles as and when necessary.

It’s even possible to lock the rear differential with a driver-selectable ‘R’ mode for improved grip in particularly sticky situations. A limited-slip differential can be optioned too.

Through an optional 4×4 Plus package, the Combo Cargo 4×4’s height is raised a further 20mm as well as seeing the introduction of additional fuel tank and rear axle protection.

Available to order now, pricing for the Vauxhall Combo 4×4 begins at £34,660 excluding VAT.