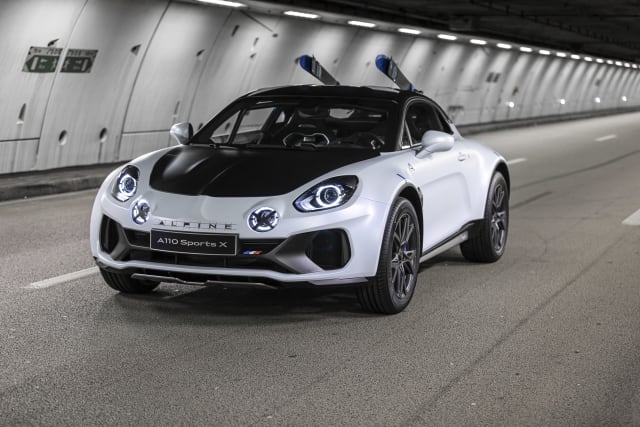 Alpine has built a one-off concept version of its A110 sports car, with a raised ride height, wider body and roof-mounted ski rack.

Built for display at the International Automobile Festival in Paris, the A110 SportsX concept is the result of a collaboration between the French sports car maker’s design and engineering teams. Its purpose is to show how the model is ‘an inexhaustible source of inspiration’ for the firm’s staff.

While details are thin on the ground, Alpine says the SportsX is based on an entry-level A110 Pure, with ground clearance increased by 60mm and the body width up 80mm. It also has a ski rack mounted to the rear window and appears to have tyres better-suited to low-grip conditions such as snow and ice.

Despite already receiving many positive comments on social media, Alpine says ‘this unique model is not available for sale’.

The firm has also taken its Vision Gran Turismo model to the show, a concept created for the virtual world of PlayStation 4’s Gran Turismo Sport video game.