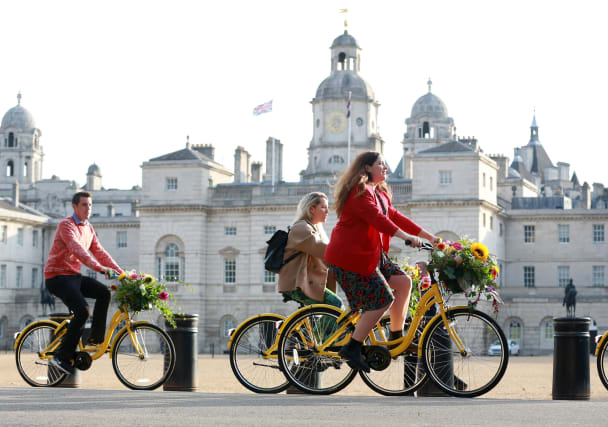 In a quest to drive down emissions many UK councils are putting into place plans which would stop cars from entering popular city centres.

Brighton and Hove was one of the latest councils to announce plans to make the popular seaside city car-free, therefore bringing down local emissions. But it isn’t the only place looking to limit the number of cars entering city centres. Here are some of the larger towns and cities that have announced such plans.

London was one of the trendsetters when it comes to bringing down emissions, with the capital’s introduction of the congestion charge back in 2003. A more widespread ultra low emissions zone (ULEZ) was brought into place last year, which is likely to expand in size soon.

Birmingham has revealed plans to ban private vehicles from driving through the city’s centre. Though drivers would still be able to enter the city, they wouldn’t be able to cross it – it’s all in a bid to bring down emissions in the city.

Edinburgh is already well on its way to becoming car-free. It’s currently trialling an 18-month test during which the city’s streets are closed to traffic for a few hours on the first Sunday of every month. This is a scheme which could become more widespread.

Glasgow’s own low-emissions zone was introduced in 2018 and will be fully implemented by December 2022. All vehicles entering the zone will have to meet strict emissions standards.

Portsmouth has plans to create one of the UK’s first car-free communities with ideas to create a dedicated neighbourhood with streets designed specifically for pedestrians and cyclists. They’ll be placed above a huge underground car park, with vehicles left parked there to help create a vehicle-free area above. If plans are approved, work could start in 2023.

York has already announced plans to become carbon neutral by 2030, and a ban on all non-essential car journeys in the city within three years is forming a part of this.

Wales’ capital is planning to charge non-residents £2 a day to drive into the city centre as a way of reducing both inner-city congestion and pollution. It’s part of a new £2bn transport plan which would see new trams, cycle routes and electric bike schemes introduced.

The historic city has already proposed the UK’s first zero-emissions zone within its city centre, with drivers of petrol and diesel cars charged £10 per day to enter. This is set to increase to £20 by the end of 2024, with a £120 penalty handed to those drivers who fail to pay the charge.

Bristol has taken the spot as the first UK city to ban privately-owned diesel cars from entering the city centre, with the rule set to come into force next year. Diesel vehicles won’t be able to enter a central zone from 7 am until 3 pm, while commercial vehicles will have to pay to enter.