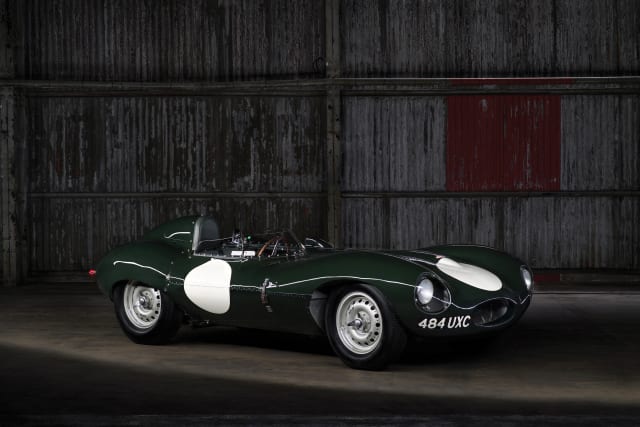 An early Jaguar D-Type race car with extensive racing pedigree is going under the hammer in Paris, with an estimate of up to £5.4 million.

To be auctioned by RM Sotheby’s, chassis number XKD 520 was the seventh customer D-Type to be built and has been described as “one of the best production D-Types in existence today”.

It was first delivered to Bib Stillwell, who would go on to be a four-time consecutive winner of the open-wheel Australian Drivers’ Championship. He raced the Jaguar extensively down under, setting records at circuits such as the iconic Bathurst and finishing second at Albert Park in Melbourne in 1956 – also the location of Stillwell’s final race in the car a year later, where he placed third.

It was sold in 1957, staying in Australia, but damage during transportation saw it quickly sold on. The new owner repaired the car and raced it a handful of times in 1958 before selling it on again, where it was fitted with a factory-supplied 3.8-litre engine, a unit fitted to later D-Types and offered occasionally as a replacement engine for older models to remain competitive.

It continued to see success, winning the 1961 Queensland Tourist Trophy, before a minor accident saw its owner David Finch replace the front end with a long-nose design meant to mimic the Le Mans-winning race cars.

It went through various owners over the next couple of decades, including Le Mans-winner David Attwood, receiving expert care from Chris Keith-Lucas, who also oversaw its front end being returned to its former short-nose form. The long-nose is included in the sale.

RM Sotheby’s reports Keith-Lucas as saying of this particular car: “In my opinion, [this] car remains one of the best production D-Types in existence today. To the very best of my knowledge, [it] has retained its principle components since the end of the 1950s. It is one of my favourite D-Types.”

Its current owner bought the car in 2014. It is offered with extensive documentation and an FIA Historical Technical Passport to prove its history, and has competed at the Goodwood Revival.