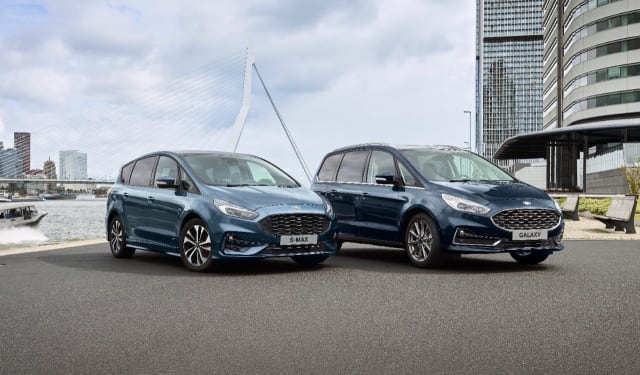 Ford has announced hybrid versions of its popular S-Max and Galaxy models.

The pair have been revealed alongside a new €42 million (circa £35.8m) investment in Ford’s Valencia manufacturing plant, which will aid the firm in its electrification strategy through a state-of-the-art battery assembly facility.

Two new assembly lines will mean that lithium-ion batteries can be produced for the Kuga Plug-in Hybrid, Kuga Hybrid, S-Max Hybrid and Galaxy Hybrid alongside the vehicles themselves for a more streamlined process. Production is set to commence in September.

Stuart Rowley, president, Ford of Europe, said: “With electrification fast becoming the mainstream, we are increasing our investment in Valencia to provide even more electrified models and powertrain options for our customers.

“By making it easier than ever to transition into an electrified vehicle, we expect the majority of our passenger vehicle sales to be electrified by the end of 2022.”

Both the S-Max and Galaxy Hybrid models will make use of a 2.5-litre Atkinson cycle petrol engine, linked to an electric motor. Together, they’ll push out close to 200bhp and 210Nm of torque which, Ford claims, will make for better standing-start and in-gear acceleration than a diesel-powered model.

Both cars are also targeting an emissions figure of 140g/km CO2. Regenerative braking technology is capable of capturing up to 90 per cent of the energy usually lost during braking and transferring it to the batteries instead.

Despite the inclusion of those batteries, Ford says that the S-Max will be able to deliver up to 2,200 litres of boot space in the five-seater model. The Galaxy Hybrid, meanwhile, will get seven seats as standard and offer 2,339 litres of space. The batteries themselves are mounted in a crash absorbent, waterproof structure beneath the car’s underbody.

Production for the S-Max Hybrid and Galaxy Hybrid is set to commence this year, with an introduction to the market following on next year.