UK Drive: The Mercedes-Benz GLC 220d is a calming and cosseting SUV 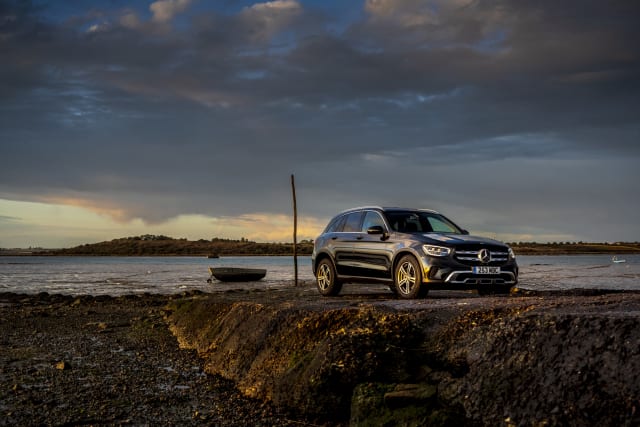 Being a premium, mid-sized SUV, the Mercedes-Benz GLC is in a hugely popular segment with rivals coming out of its ears. There’s competition from fellow premium German firms BMW and Audi, Italian flair with the Alfa Romeo Stelvio, and eco-friendly Japanese quirkiness in the Lexus NX, to name a few.

To stand out from the crowd, it offers lots of variations, with petrol and diesel engines, a ‘coupe’ variant, and high-performance AMG ‘63’ versions. We’re testing it in typical SUV form here though, with the popular entry level diesel engine.

The GLC was overhauled in early 2019 when it received a variety of upgrades to make it a more enticing option for buyers. Key upgrades were mostly technology-focused, such as the latest MBUX infotainment system, which has integrated voice control, satellite navigation and touchscreen multimedia displays, as well as advanced assistance systems.

Mercedes has also tried to give it a slightly sportier look on the outside, while retaining the ‘strong off-road character’ buyers expect from cars in this segment. What that translates to is chrome pieces that add more premium appeal with chunky body panels.

We’re driving the 220d variant, which uses a 2.0-litre, four-cylinder diesel engine that makes 194bhp and 400Nm of torque. More importantly for this model though is its economy, which is recorded at between 47.9 and 40.9mpg – figures that were bang on during our time with the car.
Despite being the least powerful engine in the line-up, the 220d is no slouch – the 0-60mph time of 7.7 seconds is evidence of this fact. It’s far from hot hatch fast of course, but you’re never left craving more when darting into gaps in traffic, with more than enough oomph on tap in general driving conditions.

While performance is far from pedestrian, the GLC 220d is not a car that encourages a yobbish driving style. In fact, if you’re spending a lot of time in the car, it’s actually one of the most relaxing vehicles in the segment, encouraging sedate cruising. It’s almost a cure for road rage.

A lot of this comes down to the ‘Agility Control’ comfort suspension, which soaks up bumps on the motorway to make even concreted sections feel like carpet. It’s helped by the fact this Sport trim example gets 18-inch wheels with chunky tyre sidewalls to further soak up imperfections. The tradeoff here though is that it can be rather unwieldy in corners, while particularly broken back roads can unsettle it into a sustained wobble.

If you’re not really into cars you’d be forgiven for thinking all SUVs look the same these days – with strict safety regulations to follow, they all tend to follow a similar theme. That’s true of the GLC, which doesn’t have many design flourishes to make it stand out from the crowd.

However, that’s actually where its appeal lies. Especially in Sport trim with its modest wheels, it’s not too showy, yet still cuts a sophisticated figure. There are few of the sharp creases that have become the trend in modern car design, instead sporting plenty of soft features that give off an understated class.

Mercedes has long been known for offering high quality cabins in their vehicles, but until recently it could be argued that the design felt a bit fussy and less elegant outside of the firm’s more expensive models. However, it has done well to simplify the design and up the material quality across the range, and the GLC benefits here.

The steering wheel material is soft to the touch, the centrally mounted infotainment screen is crisp to look at with modern graphics and impressive responsiveness, and the centre console has enough buttons to keep important functions in reach without overdoing it. At night, too, the interior lighting creates a relaxing and premium ambience, too.

The GLC range starts with our test car, the 220d 4Matic Sport, at £39,295. Standard equipment is generous, with privacy glass, LED headlights and chrome trim on the outside, and the pleasant interior lighting package, heated and electric front seats, climate control and leather upholstery all included.

The Mercedes-Benz GLC is one of those odd cars, in that its appeal comes from the fact it’s largely unremarkable. However, that’s not a negative, it’s rather that it has managed to find the Goldilocks formula in everything it tries to achieve, with its comfortable ride, impressive equipment levels and general premium aura.

If you’re looking for a family friendly SUV that’s fun and full of character steer clear, but if you want something that oozes quality and delivers a serene and cosseting ride, the GLC should be top of the list.