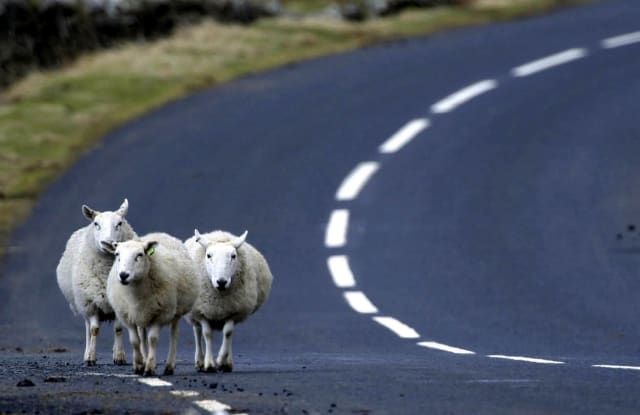 More than half of UK drivers have hit or experienced a near-miss with an animal on the road, new research has revealed.

Data from insurance comparison website GoCompare found 51 per cent of 2,000 UK drivers have had an animal-related incident on the road.

Of those, 68 per cent say they had experienced an incident while on a country road, with 24 per cent saying one had happened while in an urban setting. The most common blame for accidents or near misses was animals running out on the road in 66 per cent of cases, while 22 per cent blamed driving at night. Speed or distraction was blamed by eight per cent.

This research did, however, suggest the time of day wasn’t a huge factor in incidents happening, with 32 per cent occurring in broad daylight and 29 per cent in the evening/dusk.

Perhaps shockingly, 68 per cent of respondents said they wouldn’t know what to do in the event of hitting a larger animal. By law, the police must be informed if a driver hits a dog, horse, cattle, sheep, pig or goat. However, 39 per cent of drivers who had hit an animal admitted to driving on without stopping.

In 27 per cent of incidents, common birds were the victim. Cats fell in second at 23 per cent, while large game birds accounted for 20 per cent.

Lee Griffin, founder and chief executive of GoCompare, said: “Sadly, as our research shows, accidents and near misses with animals on our roads are something most drivers have experienced.

“While some encounters may not be dangerous, a close call with an animal on the road can happen anywhere and at any time. They can leave drivers badly shaken or worse, lead to accidents and expensive repair bills.

“Animals are unpredictable and as a result, these incidents are unexpected but are increasingly common, as we all spend more time in our cars. Often the type of animal isn’t the issue. The action taken by a driver to avoid a bird can be just as dangerous as hitting a large mammal.”