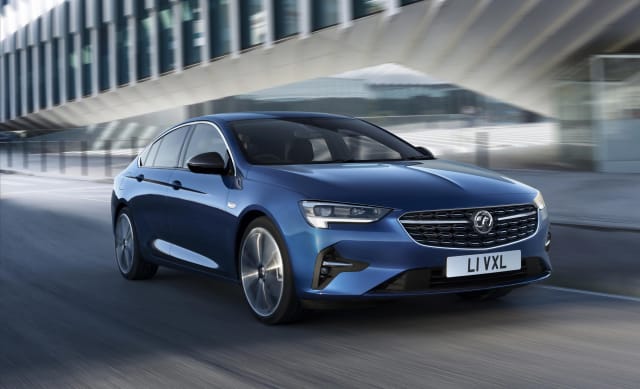 Vauxhall has revealed a new performance GSi version of its Insignia saloon as well as announcing specifications for the rest of the range.

The GSi uses a four-wheel-drive system and torque vectoring to intelligently distribute the 227bhp and 350Nm of torque from the 2.0-litre turbocharged petrol engine to each corner. The system allows for better grip, which in turn improves cornering ability. The nine-speed automatic transmission can be controlled by steering wheel-mounted paddles, too.

Things can be brought to a halt effectively thanks to four-piston brakes supplied by Brembo, while ‘FlexRide’ suspension can adapt the shock absorbers and steering to keep the car taught and level.

The rest of the Insignia range is framed around three- and four-cylinder units, kicked off by a 1.4-litre petrol with 143bhp and 1.5-litre diesel with 120bhp. Both three-cylinder units are 50kg lighter than the versions they replace, ensuring better efficiency. According to Vauxhall, the new Insignia consumes up to 18 per cent less fuel than the outgoing car thanks to improved efficiency across the board.

Both three-cylinder models send drive to the front wheels via a six-speed manual, with the petrol said to return 45.6mpg while emitting 144g/km CO2, and the diesel 57.6mpg and 130g/km CO2.

They sit below the 2.0-litre four-cylinder petrol engine which, in its lesser state of tune, produces 197bhp and 350Nm, down from the 227bhp and 350Nm in the GSi version. Both drive through the same nine-speed automatic gearbox, however.

The updated Insignia is due to go on sale this February, and prices are expected to start from under £20,000.