Dashcam owner is having none of cheeky driver's lane-changing tactic 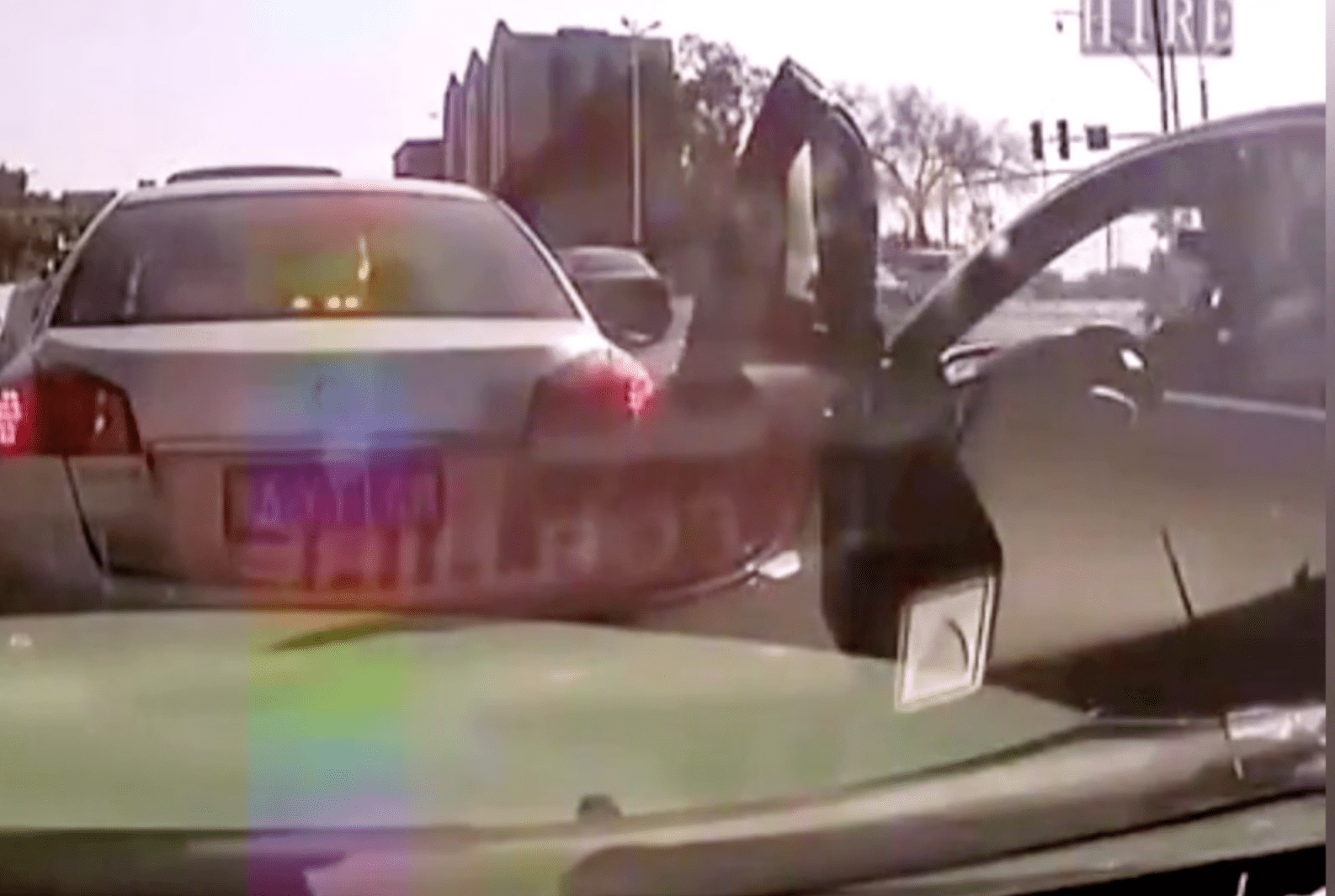 A Chinese motorist has been filmed trying to force their car into a different lane by opening their left-hand door, apparently with the aim stopping the adjacent car from moving.

The dashcam video, filmed in the city of Nanjing in Jiangsu Province, shows a dark car attempting to illegally change lanes and drive in front of another vehicle.

However, the vehicle with the dashcam refuses to yield and moves forward after the traffic light turned green, snapping the dark car's door backwards.

Reports in the local media suggest the incident is under further investigation by authorities.