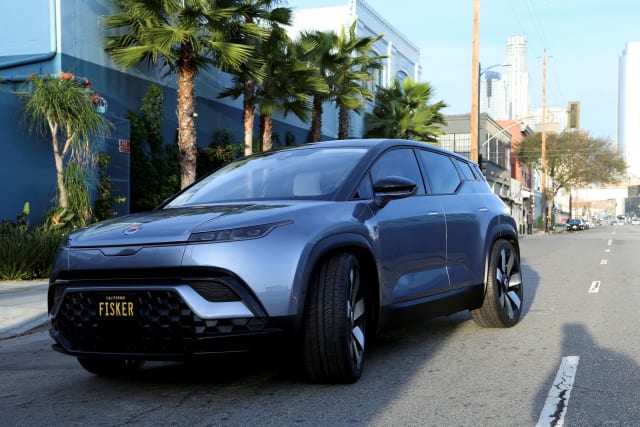 Dubbed by its creators as ‘the world’s most sustainable vehicle’ thanks to having zero emissions, a vegan interior and recycled materials throughout, prices for the Ocean will start at $37,499 (circa £28,500) – though it’s not clear if it will arrive on the UK market.

Fisker has been keener to push its flexible all-inclusive leasing contracts though, which are one month, eight months, 22 months, or several years in length. Leasing costs from £379 (circa £289) per month with a down payment of $2,999 (circa £2,285), with ownership managed through a dedicated smartphone app called Fisker Flexee.

The Ocean’s final specification has not yet been revealed, but Fisker has shared a few more details along with the pricing. For example, the SUV will have a solar roof to help top up the battery, which the firm claims will add about 1,000 miles of range per year.

It will also have a ‘California Mode’, which will drop every window in the car, including the rear window but excluding the windscreen, to give an open-air feeling.

Inside, the carpeting will be made from recycled nylon sourced from abandoned fishing net waste, a fully vegan-friendly interior, and rubber repurposed from tyre manufacturing waste.

Under the bonnet, the Ocean will be powered by an 80kWh lithium-ion battery pack with a targeted range of 250 to 300 miles.

The eco car manufacturer, best-known for selling one of the first premium petrol-electric hybrid vehicles with the 2011 Karma, relaunched in 2016 with the promise of a range of affordable electric cars.