The car manufacturers that won big in 2019 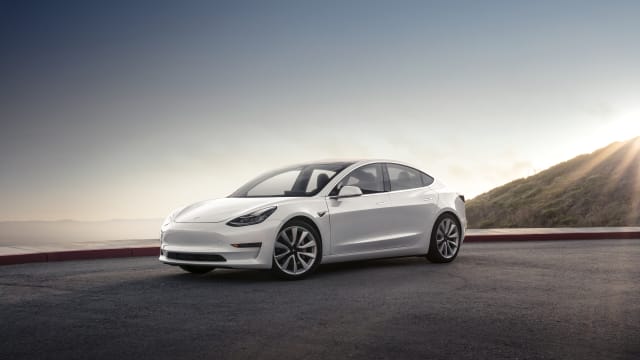 The past few years have been difficult for the UK car industry, which has now seen a decline for three years in a row.

In 2019, car registrations were down 2.4 per cent compared with 2018, from 2.37 million to 2.31 million. The figures are compiled by industry body the Society of Motor Manufacturers and Traders (SMMT), which blamed the decline on “weak business and consumer confidence, general political and economic instability and confusion over clean air zones”.

However, among the disappointment, some manufacturers saw their registrations leap over 2018. Here, we’ve collated some of those that bucked the general trend of decline – excluding niche manufacturers, such as Alpine, which saw registrations rise by 20 per cent last year, up to 171 from 142.

This might seem like an odd one, but there’s method to its inclusion. Electric car manufacturer Tesla doesn’t officially register its sales data with the UK’s official body, so the SMMT records it under the Other Imports banner.

That means that its figures were lumped in with niche import vehicles, and being a luxury car maker, its registrations were always relatively low. However, 2019 saw the more affordable Tesla Model 3 finally hit UK shores, bumping sales massively.

While not all of the 14,635 Other Imports registrations can be attributed to the American firm, it’s fair to say the stratospheric leap is down to that one model alone.

However, with the quality of vehicles improving all the time, and some genuinely good-looking models in the range – not to mention the imminent introduction of one of the most inexpensive electric vehicles on the market – it’s easy to see why buyers are starting to turn back to MG.

Another budget brand that’s performing well is Dacia. The Romanian firm’s cars are generally the least expensive in their segment – for example, the Sandero hatchback is the least expensive new car on sale today in the UK, while the Logan MCV offers full-sized estate practicality for half the price of a Fiesta.

This is making it a winner with British buyers, who clearly appreciate the no-frills yet capable and affordable package.

At completely the opposite end of the spectrum, we have premium car maker Lexus. The Japanese firm doesn’t sell many cars in the grand scheme of things, but with a wide range of vehicles on offer and the addition of the UX in the popular crossover segment, 2019 proved a bumper year.

Another premium brand doing well in 2019 was Porsche. The big news has been around the introduction of its first all-electric vehicle, the Taycan, but registrations hadn’t begun for that vehicle by the end of last year.

What’s more likely to have driven sales would be the introduction of a new 911 sports car and revised Macan SUV, as well as an all-new model in the Cayenne Coupe, an SUV with coupe-like styling.

With slightly less impressive percentage increases are Seat and Volvo, but bearing in mind the volume of vehicles they sell, these sales hikes will no doubt be very well received by both companies.