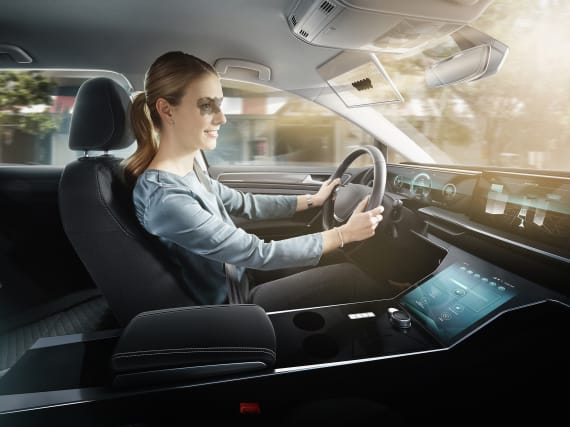 Bosch is aiming to revolutionise the humble sun visor with new AI-based technology.

Unveiled at the CES technology show taking place in Las Vegas, the Virtual Visor is designed to reduce glare behind the wheel without compromising on the view of the road ahead.

Using an LCD display combined with a driver-monitoring camera and artificial intelligence, it’s able to analyse the driver’s view ahead and block segments of light rather than a blanket approach a conventional sun visor does.

The theory here is that rather than having a large slab that constantly blocks the road ahead, using small panels within a screen will allow large chunks of the road that would otherwise be hidden to remain visible while also eliminating glare just as effectively.

Jason Zink, Bosch in North America technical expert, said. “We discovered early in the development that users adjust their traditional sun visors to always cast a shadow on their own eyes. This realisation was profound in helping simplify the product concept and fuel the design of the technology.”

Bosch claims that glare from the sun causes twice as many car accidents as any other weather-related condition.

Steffen Berns, Bosch Car Multimedia president, said: “For most drivers around the world, the visor component as we know it is not enough to avoid hazardous sun glare – especially at dawn and dusk when the sun can greatly decrease drivers’ vision. Some of the simplest innovations make the greatest impact, and Virtual Visor changes the way drivers see the road.”