Long-term report: The Audi A1 Citycarver is a solid addition to the fleet 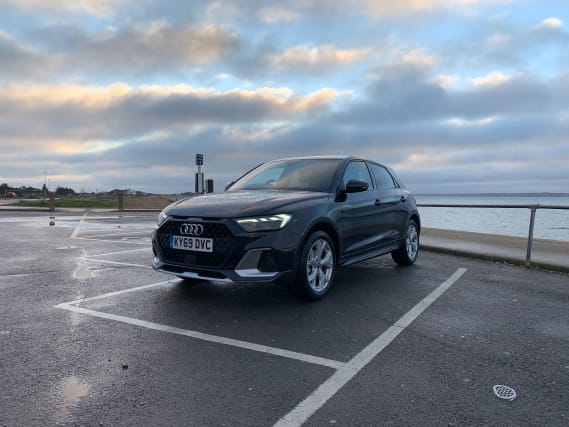 Audi has done a miraculous job of covering almost every car niche under the sun. Saloon, hatchback, SUV, crossover, coupe-styled SUV, supercar, super SUV – it’s got something for everyone.

And now those who want SUV styling but don’t want the bulk of an actual SUV will be delighted to see that Audi has worked its magic yet again with this, the A1 Citycarver.

Based on the upmarket supermini, the Citycarver offers SUV-like looks on a much smaller shell, with rugged plastic cladding added to the lower edge of the body. The ride has also been lifted slightly for a marginally better view of the road in front.

Apart from that, there’s little change from the standard A1, which we liked when we tested it at the launch last year – and now we’ve been offered the chance to live with one for a while.

So what have we got for the next few months then? Well, with our test car costing close to £27,000, it had to come with a decent amount of options to justify that price.

The base car comes with a mixture of S line and Sport equipment from the standard A1, but by adding the Comfort and Sound, Plus and Technology packs, our Citycarver arrived with almost all of the equipment you could ever need in a supermini.

That’s alongside the 35 TFSI petrol engine, which is a 1.0-litre petrol unit developing 148bhp and 250Nm of torque. That means the Citycarver can get from 0-60mph in eight seconds flat and reach a top speed of 136mph – not bad at all for a city-focused supermini. Paired to a seven-speed S tronic automatic transmission, the Citycarver makes mostly smooth progress – although it can be a bit sluggish under hard acceleration.

But don’t expect this trim upgrade to revolutionise the A1 as a whole. It’s still just as compact as before, with the 335-litre boot proving to be quite practical. With a taller driver up front, the leg room in the rear is not so great though.

In the first month of running this lightly lifted Audi, it’s done a lot of miles, that’s for sure. With nearly 2,000 miles under its belt, the Citycarver has been thoroughly run in thanks to multiple trips to Shropshire, Devon and London over the Christmas break.

Those haven’t all been smooth sailing though, as after one trip back from the Midlands, a check engine light appeared – after only 1,000 miles or so. It was probably a sensor issue as it soon cleared, but it gave us a little scare after such a short time in our hands.

It’s also been packed to the brim with people and Christmas presents – with the former not being quite as comfortable even on short trips as many would like, and the latter easily filling up the boot as well as most of the back seats.

It also lacks character. Sure, it does everything you want and need a supermini/crossover to do – be good around town, easy to drive and small enough to get into most spaces with ease – but it just doesn’t grab you like some rivals. It feels much like its larger Audi brethren – professional and lacking any real charisma. Maybe that’s the point.

We’ve got plenty of time to spend with the Citycarver, so we hope to take it out of its comfort zone a bit more and see if there’s some fun under the crossover-like exterior.