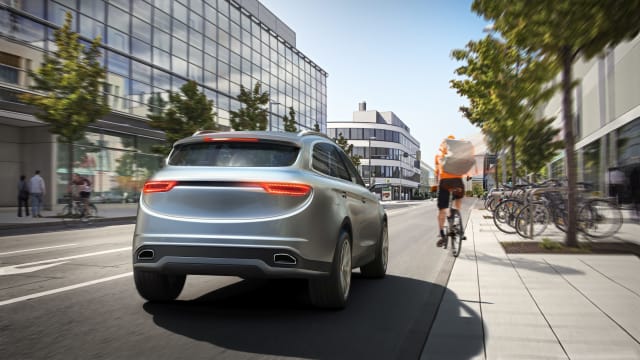 Bosch is set to become the first company to offer a long-range LIDAR system for the mass-market that it says makes autonomous driving a ‘viable possibility’.

The German technology firm says the system is designed to work in conjunction with cameras and radar detection to offer maximum safety for self-driving vehicles.

It has been designed for car manufacturers to integrate into their own systems on a wide variety of vehicle types.

LIDAR, which stands for light detection and ranging, emits laser pulses and measures how long it takes for the light to bounce back. This allows the software to create high-definition images of a vehicle’s surroundings.

Bosch says its technology is suitable for short and long distances, both in the city and on the highway, and can detect smaller objects such as rocks in the road well ahead of time to allow safe avoiding manoeuvres to take place.

It says that LIDAR is better at detecting narrow objects such as bicycles and isn’t dazzled by harsh light, making it more reliable. Bosch says that its analysis shows that combining LIDAR with cameras and radars gives the vehicle the fullest picture in any given situation to make the best decision.

“We want to make automated driving safe, convenient, and fascinating. In this way, we will be making a decisive contribution to the mobility of the future.”

Bosch’s mass-market LIDAR system is due to be demonstrated at next week’s Consumer Electronics Show in Las Vegas.