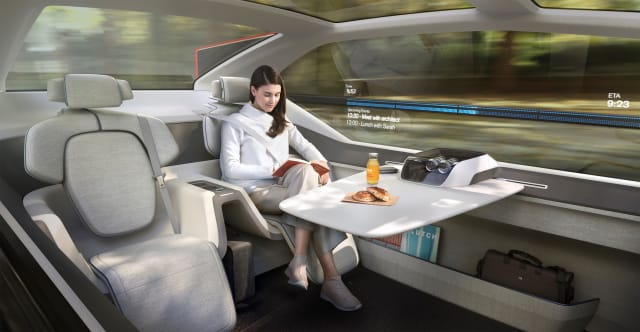 Scotland is ‘open for business’ for companies to test autonomous vehicles on its roads, cabinet secretary Michael Matheson has announced.

Transport Scotland has revealed a roadmap that it hopes will put the country ‘at the forefront’ of connected autonomous vehicle (CAV) technologies.

However, the organisation says it is still unclear when full autonomy will be feasible, despite a recent report from car industry body the Society of Motor Manufacturers and Traders (SMMT) suggesting that 95 per cent of vehicles on the road will have connected technologies by 2025.

Scotland’s roadmap hopes to provide those developing such technology somewhere to test while putting the country in pole position to integrate any advancements into its transport system.

One of its first projects is a fleet of autonomous busses that will travel a 14-mile route between Fife and Edinburgh across the Forth Road Bridge. It’s estimated to cost £6.1 million and has received £4.35m funding from the Centre for Connected and Autonomous Vehicles.

Matheson, secretary for transport, infrastructure and connectivity, said: “I am delighted to launch the CAV Roadmap and deliver one of the key commitments from our Programme for Government.

“It sets out how Scotland can play a key role in this fast-moving industry, as well as the steps we need to take to unlock these opportunities. I intend Scotland to be at the forefront of these technologies. We are ‘open for business’ to test, demonstrate and pilot autonomous vehicle trials.

“The deployment of connected and automated vehicles has the potential to bring transformative change to peoples’ lives – not just in how we travel, but in how we work, where we live, the environment, and safety.”