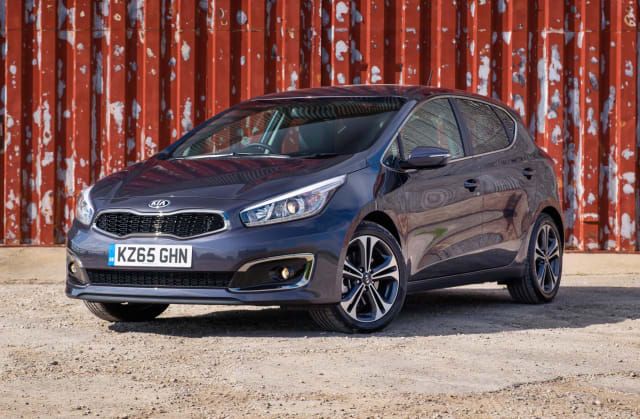 Have you ever thought of where car names come from? Vehicles across the board have all featured names from various different sources, and though some are easy to understand, there are a few strange origins on occasion.

Here, we focus in on a handful of those oddities...

Yaris is a combination of words from Greek mythology and German. In Greek mythology, 'Charis' is a singular form of Charites, which is a term applying to goddesses with qualities such as charm and beauty.

However, the clever people at Toyota swapped the 'Ch' with 'Ya' – German for 'yes' – which was applied in a nod to the reaction it hoped for the little compact hatchback.

The Kia Cee'd is actually a name created by abbreviation. The European market exclusive hatchback was the first one to be built at Kia's first manufacturing on the continent, located in Žilina, Slovakia. To celebrate that, Kia thought of combining the abbreviations for the European Economic Community, knows as CEE in some areas, and European Design.

However, Kia noticed that it three 'E's, and that was going to look a bit weird, right? Instead, it switched the final 'E' for an apostrophe. The company has since ditched the rather confusing format in its all-new model — now simply known as Ceed.

You need only whisper the word 'Camaro' to know that it's one great sounding car name. Way back when, Chevy attempted to pass it off as a word found in a French-England dictionary which meant 'friend'.

Others claimed that its Spanish definition was a 'small, shrimp-like creature' – which doesn't sound quite as good. However, after a little while, Chevrolet came clean – the word was completely of their own making.

The Hyundai Ioniq bears a very good name for a car packing electrification in all its models, be that as a hybrid or an all-electric car.

The first part of the car's moniker is derived from ion, as per the lithium-ion battery that the South Korean vehicle utilises for power. This was combined with the term 'unique' and – voila – you get Ioniq.

The Nissan Juke's name origin is actually a pretty simple one. All you need to do is look at the word 'jukebox' to see where it comes from, and this was used because this is synonymous with 'youthful freedom and daring'.

The SsangYong name itself has an excellent translation – it means 'Double Dragons' in Korean. How great does that sound?

The term Rexton, meanwhile, is a mixture of English and Latin. The Latin 'Rex' and English 'tone' are combined to make the complete name and this is intended to mean 'the ruler's tone'. It's a regal name, that's for sure.