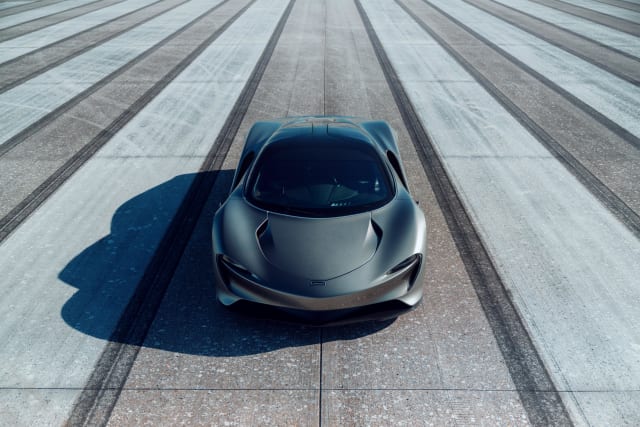 The Woking-based supercar firm revealed today that the car achieved its high speed more than 50 times while it was being put through its paces at the Kennedy Space Centre in Florida, where McLaren was using the facility’s space shuttle runway.

With this final level of testing completed, it now means that McLaren can commence building the Speedtail – with a production run of just 106 examples expected.

“The Speedtail is a truly extraordinary car that epitomises McLaren’s pioneering spirit and perfectly illustrates our determination to continue to set new benchmarks for supercar and hypercar performance.”

Measuring close to 5.2 metres long, the carbon-fibre bodied Speedtail sits at the top of McLaren’s exclusive Ultimate Series. It’s powered by a petrol-electric powertrain which, combined, produces 1,055bhp and 1,150Nm of torque. McLaren says that it’ll go from 0-186mph in just 13 seconds.

The Speedtail’s list price starts at £1.75 million plus taxes – though production models are expected to far exceed this value as a result of McLaren’s extensive personalisation model which, while allowing drivers to tailor their cars to their liking, will result in an extensive increase in price.