UK car production down 16.5 per cent in November 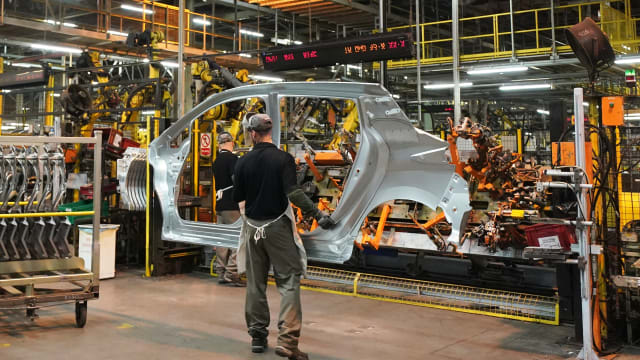 A total of 107,753 cars were built in the UK during the month, contrasting the 129,030 vehicles made during November 2018, according to data from the Society of Motor Manufacturers and Traders (SMMT).

The SMMT has blamed ‘soft consumer and business confidence, weak demand in overseas markets and model production changes’ for the drop in production.

It represents another month of drops, in a year which has seen consistent decline in production. The number of cars built in 2019 so far is 14.5 per cent less than at the same point in 2018. Only September saw marginal growth.

Mike Hawes, SMMT chief executive, said: “UK car production is export-led, so we look forward to working with the new government to deliver an ambitious trade deal with the EU. To ensure our competitiveness at a time of dramatic technological change, that deal needs to be tariff free and avoid barriers to trade, which, for automotive, means that our standards must be aligned.”

“This can be achieved if government and industry work in partnership to re-establish the UK as a great place to invest and ensure that automotive keeps delivering for Britain.”